Now more than ever, we need good political journalism and incisive commentary to make sense of the world and the challenges (and opportunities) facing us in the new Age of Brexit and Donald Trump. And increasingly, the only way one can find good analysis is by turning to independent bloggers

Veteran American television journalist / late-in-life social media champion Dan Rather has shared with his Facebook audience some thoughts on how they can best encourage and reward good journalism in the Age of Trump, following a presidential election campaign in which much of the mainstream media was deemed to have failed in its core duty to provide rigorous, civic-minded coverage and analysis.

Rather, who has provided an articulate and dignified left-wing running commentary on the 2016 presidential election via his Facebook page, writes:

There is no shortage of long, thoughtful articles that are worth a read. The problem is that our current journalism business model doesn’t seem to support the better instincts of the press as much as it should.

So if you want to know what you can do, please choose to support the press. If you find a news source you like and you think it is doing a good job, pay for the subscription. This doesn’t just help the bottom line but it is a vote of confidence in the system. Share smart, thoughtful pieces on social media and in emails to your friends. Let’s run up the clicks and views of the best of journalism. Also, I think we can not be passive with our news any longer. If you like what you see, let the publicans and journalists know through all the digital tools at your disposal. If you don’t like what you’re seeing, let them know as well. Or turn it off, refuse to follow the click bait.

The press is a vital partner in out democratic process. It is under incredible strains from a drastically changing media landscape and a potentially hostile in-coming administration. As citizens we should care deeply about this and vow to do something to help.

Many of us, for various reasons, have cause to be greatly disappointed with the mainstream media – whether we are left-wing or right-wing, British or American, supported Brexit or staying in the EU, preferred Hillary Clinton or Donald Trump.

With very few exceptions, television news has become a wasteland of quacking, know-nothing talking heads who specialise in providing visually pleasing, information-lite political gossip and who force their way onto our screens either by virtue of having had some dismal prior political career, fortunate social connections or simply the willingness to wear a bow-tie un-ironically while under the age of sixty.

And the print media is little better. While there are honourable exceptions at many publications, too many venerable titles have either dumbed down to the point where they have become utterly unreadable clickbait, or else sold their inquisitorial souls to the establishment in order to churn out tedious defences of the status quo and scurrilous hit-pieces on those who seek to disrupt it.

In many cases, a combination of scrambling to capture new revenue streams and remain financially viable combined with a fawning desire to be “liked” by the right people in Westminster and Washington D.C. has all but hollowed out the ranks of decent political journalists and de-fanged once-formidable publications.

In this, my good friend and fellow Brexiteer-in-arms Pete North has it exactly right:

In the final analysis the legacy media is dying. Our media was once a luxury liner. It is now a corred garbage scow with corrosion holes in the hull. It is dying a much deserved death and every bit of bad news for the newspapers is good news for us bloggers. I can think of plenty blogs who produce better and more informed content in an afternoon than the usual suspects manage in a week of trying. And there is good reason for that.

Outside of the bubble you have a certain distance from the fray and not in hock to the peer pressure inside it. Outside the bubble is the only place where free thinking can occur. To join them is to become them. And who would want to stunt their intellectual and personal growth in such a way?

This does of course mean that writing is now done largely as a labour of love. There is no money to be made nor recognition to be had. All that matters to me is that for every moment readers spend on advert free blogs is a moment they are not reading the Spectator or any of the other garbage. Every blog post I write is an act of vandalism on an established media whose final gasp cannot come too soon.

[..] This is the year where the word “blogspot” and “wordpress” carries prestige. The low grade tat of the legacy media shouldn’t even be acknowledged. If it didn’t exist at all we would be no worse off in our understanding of events and politics would be all the better for it. The dinosaurs have had their day and we should not mourn their passing. We should do what we can to hasten their demise.

Trust Pete to find the almost John Galt-like nobility in what we bloggers do – it certainly beats “fighting on the internet”, which is how I had previously been describing my nocturnal pastime of ranting into WordPress.

But joking aside, as Dan Rather says, “If you find a news source you like and you think it is doing a good job, pay for the subscription. This doesn’t just help the bottom line but it is a vote of confidence in the system. Share smart, thoughtful pieces on social media and in emails to your friends. Let’s run up the clicks and views of the best of journalism.”

Some of the best political commentary right now comes from independent bloggers who write entirely in their spare time as labour of love, with no hope or expectation of recognition by the failing mainstream media. Therefore, if you have a favourite blogger or bloggers and are in a position to do so, consider making a donation or regular subscription to aid their work and acknowledge their effort. Share their articles with other people who may be interested in reading. It all helps.

I am personally very grateful to all those who have kindly donated to Semi-Partisan Politics over the past year. The vote of confidence you make in me with your PayPal donations and standing orders helps to keep me writing.

But this is much bigger than me and my little old blog. One thing that struck me as I live-blogged the US presidential election results last Tuesday night was she sheer number of outlets providing live coverage. Beyond the usual television stations there were live YouTube channels, Periscope broadcasts, websites, other live-blogs, Twitter and Facebook personalities and more. Newspapers were offering video broadcasts and television broadcasters were offering written analysis. And all of this from every political perspective under the sun, from triumphant Trumpists to crying Clintonites to Bernie Sanders supporters shouting “I told you so!”. From having to rely on a handful of networks and newspapers a generation ago, one is now paralysed by having too much choice.

(Now of course this raises important questions about the bubble effect, and one certainly doesn’t want to saturate oneself with endless sources bias confirmation – but that is a separate discussion).

But of all the cacophonous voices offering independent perspectives on politics today, very few will likely still be around in the same guise to cover the 2020 presidential election in America or general election in Britain. And more than likely, some of the best will have had to hang up their keyboards because of the pesky need to pay rent and buy food, while other, inferior writers and journalists go from strength to strength.

So I’m with Dan Rather. If there are writers or publications which provide you with indispensable or enjoyable analysis or commentary, make sure you vote with your wallet (and the social media sharing buttons) to let them know. And the sum total of these efforts may be a newly flourishing independent political blogosphere which continues to put much of the mainstream media to shame. 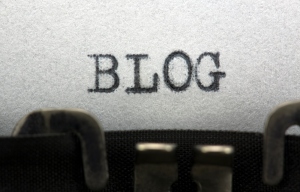 2 thoughts on “Will 2017 Be The Year That Independent Political Blogs Make A Comeback?”