What to do when the continent’s biggest military power and second-largest economy decides to leave your crumbling, tarnished and perennially unwanted supranational political union? Finally consider meaningful reforms? Engage in a sincere listening exercise? Devolve power back to nation states and local communities? Do anything, anything at all, to signal that the European Union might be something that works for the people rather than something which is done to them?

Of course not. When faced with incontrovertible evidence that citizens are starting to rebel en masse against the idea of shared sovereignty, dissolving borders and supranational government, clearly the correct thing to do is to declare that European citizens simply don’t understand the wonderful gift bequeathed to them, and then pledge to funnel more money towards their re-education.

The European commission will spend tens of millions more euros promoting the ideal of the EU citizen, in defiance of British ministers, under plans drawn up by officials in Brussels in the wake of the Brexit vote.

Officials for the European parliament claim there is now a clear need for a significant increase in spending on the Europe for Citizens (EFC) programme, which aims to foster the notion of an EU citizenry. The programme had its budget cut from €215m (£185m) to €185.5m (£159m) after a request from Britain in 2013.

“Considering the current political climate, in which an increasing number of citizens question the foundations of the EU, decisive action is indispensable,” an assessment of the programme by officials in the European parliament reports.

“It is for this reason that the reduction in funding for the EFC programme is a serious handicap to successful implementation: to reiterate, the budget for the current EFC programme is €185.5m (down from €215m under the previous programme), which amounts to merely 0.0171% of the EU multiannual financial framework.”

The aim of EFC is said to be that of developing “a better understanding” of the EU across all its member states, to fund remembrance events for key moments in European history and combat scepticism about the EU project.

The assessment document says that funding “which promotes and enables citizens to engage in European matters is of vital importance, especially in times when Euroscepticism is on the rise”.

This only emphasises the degree to which the European Union is an answer to a question which was never even asked. If the various peoples of Europe had gradually come to realise over the course of the 20th century that they shared such a common heritage of laws, language, culture and strategic interests that they wanted to institute a shared common government then the EU or something like it would have developed organically.

But of course no such thing happened – the idea of supranational political union was artificially imposed on European people largely by stealth and in secret over the course of many decades. And while many members of the European political elite get misty-eyed over the EU, the majority of its citizens tolerate rather than welcome this extra layer of government. The flag and the anthem are utterly meaningless to most of the EU’s 510 million citizens – the spine does not stiffen nor the heart quicken at the sight of the twelve stars or the strains of “Ode to Joy”. And unlike the American founding fathers, the secretive “founders” of the EU are unknown, unloved and languish in richly-deserved obscurity.

The hard truth for the euro-federalists is that no amount of money spent on “education” will make people fall in love with the European Union. Love of family, community and country is something which must well up from within; it cannot be successfully imposed by external agents. And likewise, if people do not feel instinctively European over and above their distinct national identities, a true European demos cannot be created – despite the best efforts of the European Union’s architects to defy both human nature and democracy.

Double the peak budget and spend another €215m on idealising the European Union and creating uncritical, misleading propaganda and it will still make no difference, save lining the pockets of opportunistic “cultural” and “artistic” parasites who will happily take taxpayer money to plaster the EU logo over their concerts, plays and workshops.

In other words, it is the perfect EU project. Just don’t expect it to make the slightest bit of difference to anything at all. 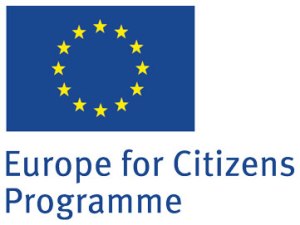