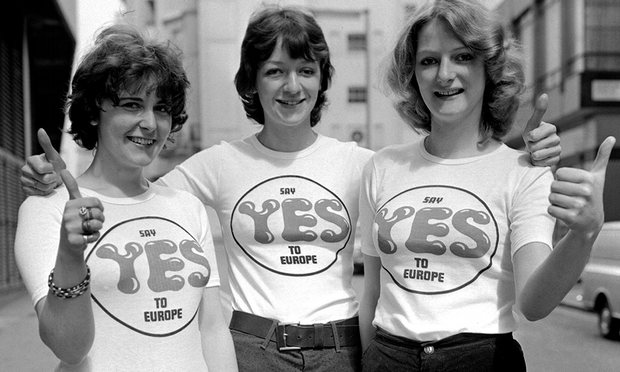 Democracy? Don’t be daft. Brexit is nothing more than an oppressive tool of the patriarchy. Or something.

If you had to guess what somebody whose web bio reads “Muireann O’ Dwyer is a PhD candidate in European Law and Governance in University College Dublin” has to say about Brexit in an article for Left Foot Forward, what angle do you think that piece would take?

Yup. Muireann O’Dwyer has found a way to make Brexit and the reclamation of our democracy and national self-determination all about intersectional feminism:

There is no shortage of analysis on the post-Brexit fallout but, following a trend established in the referendum campaign, issues of gender are remarkably absent. Indeed, women’s voices are rare in the debate regardless of their position.

[..] While all male panels and the dominance of male columnists and talking heads continues after the result, there has been some change to the political landscape.

Apparently Andrea Leadsom, Gisela Stuart and Kate Hoey (the first two of which took part in the main televised EU referendum debate watched by millions of people) don’t count, because they are women who dared to express the “wrong” views. And journalists / TV pundits Isabel Hardman and Isabel Oakeshott likewise do not exist.

Conservative women or women who supported the Leave campaign in the EU referendum are not “real” women, and the only women’s voices which should be elevated and amplified are those of pro-EU, left-wing women – at least, that’s the clear inference from O’Dwyer’s remarks.

Economic policy is deeply gendered – the different general positions of men and women in the economy means that any policy intervention will impact them different.

In the UK, successive budgets have been analysed by the Fawcett Society, which has highlighted that women are bearing the burden of austerity cuts and reforms. In the aftermath of the referendum, it is likely that this disparity will continue.

However, the economic impacts of the vote are themselves gendered. For example, the pay gap for women over decades has lead to a pensions gap – women tend to have lower pensions, and to be more likely to have no private pension at all.

This existing disadvantage means that women are more likely to suffer the consequences of the devaluation in pension funds caused by the market instability and the sterling fluctuations.

This makes no sense. If there is a pensions gap, with more women having lower pensions or no pension savings at all, then the economic impact of any post-Brexit market turbulence would be felt more keenly by men, who O’Dwyer admits have more money invested in the stock market subject to risk.

But even if this were not so, looking at something as long-term as pension scheme performance through the lens of short-term market reaction to Brexit is stupid beyond measure. Unless one is cashing in a pension early or unfortunate enough to be retiring right this minute, any of last week’s stock market losses (most of which have already rebounded) are of little relevance. Who is to say that the improved economic output resulting from a well-negotiated Brexit and an agile, proactive trade policy will not lead to better stock market performance than would have been the case if Britain had voted to remain in the EU? Who can disprove the counterfactual? Certainly not Muireann O’Dwyer, who isn’t even aware of its existence.

Additionally, the proposed tax reforms, particularly to the corporate tax rate, mean a transfer of wealth away from those who rely on various public services and supports to the already wealthy.

Again – insidious, cretinous nonsense. To the extent that people rely on public services, they do not have “wealth” – they are the beneficiaries of a compulsory wealth transfer from high earners to low earners, facilitated by the government. Assuming the government cut taxes and benefits, this is not a transfer of wealth from poor to rich, as the Owen Jones Left continually screech. It is just a smaller transfer of wealth from rich to poor. But of course it does not suit the left-wing purpose to acknowledge this fact, so O’Dwyer readily perpetuates the lie that tax cuts combined with spending cuts constitute a transfer of “wealth” which is somehow rightfully owned by those who did not earn it.

And then on to immigration:

Concerns over migration played a major role in the discourses of the referendum, and these have now mutated into heightened racism and abuse.

Migration is itself deeply gendered, as can be seen from the different migration patterns of men and women, but also in how migrants are constructed in media discourses.

The despicable rise in racial attacks in the days since the vote merges with street harassment of women. Even before the vote, Muslim women were the group most likely to be subject to racist street abuse.

While the rise in racism has been roundly criticised, it is essential to understand how this racism connects with sexism, both in online abuse and in the street.

Racism and sexism combine in migration policy debates as well. The famed points system proposed by Leave campaigners is based on the Australian system that has led to inhumane treatment of migrants of refugees and is itself the policy embodiment of a racist and xenophobic attitude.

Further, a points system operationalizes sexist discrimination – for example by setting earnings requirements for entrants. Since women on average earn less than men, their success in such a system will be systematically lower.

Further, unpaid work does not count in such a metric based system, and so the work of women in care and the community is discounted, further disadvantaging applications by women.

The proposed points system then provides a clear example of the intersections of xenophobic policy and gendered economic inequality.

Sure, it took some twisting to get there – assuming that a points-based immigration system is desired by all Brexiteers, and that Britain would adopt the same “discriminatory” rules for that system rather than create our own criteria, and that accepting people on economic merit is evil but favouring predominantly white Europeans while discriminating against predominantly non-white people from the rest of the world is A-OK – but O’Dwyer found a way.

And she did all of this based on the insidious, unspoken proposition that women are so feeble that they would all flop around helplessly were their alms from the welfare state jeopardised by a Brexit-inspired economic downturn. This is what passes for feminism in the 21st century – treating women like an inherently vulnerable, permanent victim class for whom the reclamation of Britain’s democracy can only be seen as a fearful calamity.

Fortunately, the women of Britain – naive, helpless and dependent creatures that they are – have virtuous and compassionate intellectuals like Muireann O’Dwyer, PhD candidate in European Law and Governance at University College Dublin, fighting their corner. 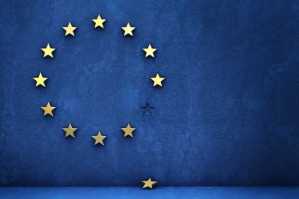 2 thoughts on “Feminists Against Brexit, The Patriarchy’s Latest Cunning Tool Of Oppression”