Today’s dose of Peak Guardian comes courtesy of Dawn Foster, who finds herself consumed with bitterness and resentment that many people will voluntarily choose to celebrate the Queen’s birthday this weekend – and in some cases commit the unforgivable crime of holding a street party to mark the occasion.

In a bitter tirade against the great British street party, nearly rivalling the sneering tone of the Guardian’s art critic Jonathan Jones (who castigated the Tower of London poppy exhibition as a tacky “UKIP-style” memorial to the fallen of the First World War), Foster seethes:

Friends of mine who live in areas where street parties are in the works have, without exception, reported that the people responsible are the perennially furious residents who spend most of their lives in a rage about parking. Shifting their attention from the contentious temporary ownership of asphalt, they have decided the neighbourhood needs to commemorate the birthday of a 90-year-old woman none of the residents have met.

The party will follow the usual template: tea, cupcakes, flags upon flags upon flags, wartime slogans and songs, and the performance of a very specific type of Englishness – the Englishness of Fry and Laurie rather than This Is England. One harks back to the empire while the other attempts social realism.

This kind of middle-class nationalism, rooted in a confected history of postwar austerity, has been resurgent in the years since the last royal wedding. The ubiquity of the Keep Calm and Carry On poster is the most obvious symbol. As the writer Owen Hatherley puts it, the cultish signifier points to the “enduring pretension of an extremely rich (if shoddy and dilapidated) country, the sadomasochistic Toryism imposed by the coalition government of 2010–15, and its presentation of austerity in a manner so brutal and moralistic that it almost seemed to luxuriate in its own parsimony”.

Nationalism now has two faces: that of the far right, signified by a certain sort of caricature of a football supporter and England flags, and now the middle-class right, posh enough to wear chinos while raising a glass to “her maj” in front of a Union Jack. The two aren’t entirely separate: the former is openly racist, the latter a frequent apologist for the British empire.

Can these perennially sour people never just take something at face value? Must the good-natured efforts of ordinary people to try to reconnect with that lost sense of community spirit embodied in the VE Day and Jubilee street party celebrations be so carelessly dismissed by sneering Guardian journalists as a corrosive form of middle class oppression?

But this isn’t harmless. All the warm Pimms and cupcakes with corgi icing feed into a narrative that says the empire was a force for good, and its destruction is to be mourned. When people refer to the “blitz spirit” and say we should heed lessons from how Britain used to be, they usually mean two things: when it comes to austerity, suck it up; and Britain was better when it more resembled a monoculture.

It’s possible to be a good neighbour without indulging in these performative pastiches of community. Speaking to people on your street should be an everyday occurrence, not prompted only by an unreciprocated love for the unelected Queen. Enforced pageantry with nationalistic undertones and a forelock-tugging subservience towards someone who has succeeded in surviving nine decades mainly because she is fantastically wealthy is enough to make many people lock their doors, close the curtains and pretend they’ve fled for the weekend.

Foster uses the word “nationalism” in her piece, but we all know that it is garden variety patriotism in her cross-hairs. And apparently, in Foster’s alternate universe, only two kinds of patriots exist – the middle class ones that she deplores, and working class “far right” football supporters whom she fears and openly slanders as racist.

People wonder why the Labour Party lost the 2015 election, and still fails to gain significant traction despite facing a rootless Conservative government. Well, this is why. Because whole swathes of the Left have been captured by what Brendan O’Neill described as the middle class clerisy, who openly loathe the working classes and treat their interests, hopes, fears and dreams with derision. And the voters are perceptive – they can tell when they are being mocked or looked down on.

The British Left is presently dominated by people who think that Britain is a weak, insignificant and unremarkable place, a country whose past flaws overshadow any positive legacy or current contribution which we might give the world. Ask them to participate in an event praising their country and the middle class clerisy will chuckle nervously and exchange knowing glances with one another. The words stick in their throats.

In Dawn Foster’s mind, it is simply inconceivable that a working class person might be moved to celebrate the birthday of the person who (besides our families) has been the one constant in all of our lives. She simply cannot fathom why anyone other than upper middle class chino wearers or heavily tattooed EDL types might want to mark the Queen’s birthday. But that says far more about Foster than it does about those who will be celebrating this weekend.

This isn’t just the Guardian being insufferable, there is a real issue here. What will be left to bind us to our history, to our ancestors, if the Left continue to insist on heaping scorn on so harmless a thing as the humble street party? And what will bind us contemporary Britons to each other when the Left sees no value in inculcating a healthy sense of patriotism and a common national identity?

Religion and the Church of England no longer play the central role in our national life that they once did. Many in the Guardian are happy about that. But what new societal glue will replace it? We don’t yet know. This matters immensely when it comes to assimilating new immigrants in the kind of numbers that Britain has experienced in recent years, or when we need disaffected Muslim youths to grasp on to a positive shared vision of Britain rather than steal away to join ISIS (in mental allegiance, if not always in body). If we insist on tearing down the customs and rituals which define our culture because hectoring moralisers like Dawn Foster have decided that they are passé, what is left to bind us together?

The “blitz spirit” which Foster decries is something of which Britons should remain proud. And the fact that Foster chooses to compare the “austerity” of today (basically slightly less spending growth than the previous Labour government envisaged before 2010) to the mortal danger of the Blitz only goes to show just how hysterical the British Left have become in their anti-Tory fervour.

But more than that, the blitz spirit shames the Left because it reveals how the pursuit of left-wing policies has, in some ways, changed our country for the worse. An overly expansive welfare state, ratcheted upward in the decades since the Second World War and only partially restrained by Thatcher, has left us dependent on government rather than one another. This is good, to a degree – welfare should certainly not depend on arbitrary charity. But such is the scope of today’s hyperactive state (David Cameron won the 2015 general election on a creepy manifesto “plan for every stage of your life”) that the need for neighbours, communities and even families is being steadily undermined.

Similarly, the previous Labour government’s encouraging of record inward migration and obsession with the virtues of multiculturalism has led to an increasingly atomised and segregated society, preventing the melting pot from working and in some cases now actively feeding extremist and terrorist behaviour.

Amid all of this change, the quintessential British street party stands as testament to a time when no matter what other identities and affiliations a person may have held, one was expected (and agreed without a second thought) to be British first and foremost – a time when our national identity was a source of pride to people of all political viewpoints, not an embarrassment to the Left or an exclusive toy of the far Right.

Fast forward to 2016 and any event, celebration or ritual which calls to mind Britain’s history, heritage and achievements is immediately suspicious to swathes of the modern Left because it encourages pride where the middle class clerisy feel there should only be shame and embarrassment. Any event which suggests that we should look to our families or communities rather than government for friendship, advice, recreation, health and solidarity will be ruthlessly attacked, just as Dawn Foster quietly seethes when neighbours get together of their own volition in a civic act of positive patriotism.

This blog has long argued that the British Left will not taste power again until they learn to love (or at least accept) the country for what it is, until they cease being so openly contemptuous or downright hostile toward the smallest act of public patriotism. Remarkably, they seem to have gone backwards in six years, and are now even further away from this objective than they were in 2010.

One year since their second general election defeat and the critical lesson has clearly still not been learned. The vast majority of the Labour Party are actively advocating for a Remain vote in the EU referendum, in a campaign noted for its pessimistic, miserabilist view of Britain and unconcealed contempt for those (including many working class people) who yearn for Brexit. Meanwhile, the house journals of the middle class Left continue to pump out their unambitious, defeatist view of Britain, and are not above scoring blatant own goals – like tearing into the British public for daring to celebrate the Queen’s birthday.

How can the Left ever hope to lead this country again when they so clearly disdain it in every way? 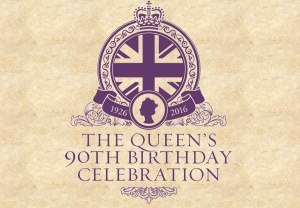