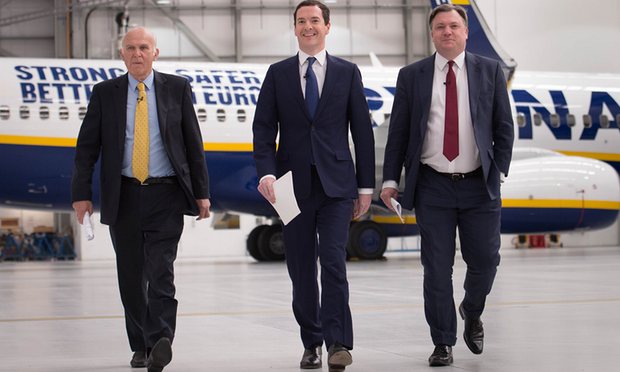 Getting a majority of Britons to vote to leave the European Union – particularly in so compressed a time frame, with the entire establishment chorus raised in unison against us – was always going to be very much a long shot. That much is obvious; asking people to vote against the established status quo is always very difficult, and despite having spent years flaunting their euroscepticism in public, it quickly became clear that many of the “big hitters” had given almost no thought as to what Britain’s future outside the EU should look like.

How different things could be if only the official Leave campaign had…oh, I don’t know, some kind of Brexit plan – not just familiar recitations of everything that is wrong with the EU, but an actual positive alternative vision for Britain, rooted in fact and probability rather than idle conjecture. But the shining ones in charge of Vote Leave and Leave.EU saw no need for a stinkin’ plan, preferring to paint with childishly broad brushstrokes their half-baked vision of buccaneering Britain negotiating and signing tens of trade deals a year, while the EU falls over itself to give us all the benefits of single market access at no cost (because the Germans like selling us their cars, don’t you know?)

Or as Pete North puts it:

From the outset you need to stress test your message. It has to be the words of winners. Eurosceptics bleat on about going global but it’s empty when you contrast it with the rest of their message which is outright hostile to global engagement. Again, it fails the credibility test.

I’ve said it time and again, but simply whingeing about the EU doesn’t work. Very few people like the EU, but they need a seriously good reason to take a risk – and that means you have to have a safe and desirable alternative. Oh, and a plan to get there. Vote Leave’s approach is to pretend there are magic wands to instant prosperity. Rather than seeking experts they sought people who will tell them what they like to hear. The Westminster bubble all over. They are going to lose and they will deserve it.

And so, with an uphill battle on their hands, the official Leave campaign has done almost nothing to improve their chances of victory, preferring to fire up the base and exalt in their lack of a Brexit plan rather than make a concerted effort to win over the undecided. And we are now rapidly approaching the point where all straightforward paths to victory are closed to the eurosceptics. Privately, David Cameron’s team expect to win with as much as 58% of the vote, and it increasingly appears that the only thing which might decisively change the Leave campaign’s fortunes is a big external shock – a flareup of the migrant crisis, a badly timed EU power play or a domestic political scandal, for example.

But why, besides the obvious ineptitude of the official Leave campaign, is it proving so hard to win over the undecided? It certainly doesn’t help that the arguments for remaining in the EU tend to be simplistic and fear-based*, while those in favour of Brexit (at least the thinking person’s version of Brexit) are more nuanced and complex. Among those who are not already die-hard eurosceptics, the push factor away from the EU can only take root when one has a basic grasp of the EU’s history and workings, while the pull factor toward an outward-looking, globally engaged Britain requires an understanding of the changing global trade and regulatory environment which the mainstream media utterly fails to provide (because they themselves do not understand it either).

(* Here I discount the genuine euro-federalist argument, which is perfectly legitimate but almost never heard in Britain because it is so distasteful to the majority.)

When Remainers crow that most major organisations from the IMF to large corporations want Britain to remain in the EU it superficially sounds like a slam-dunk case for staying, until one realises that most of the organisations held up by the Remain campaign are duty bound to minimise the risk (however small) of economic disruption, but have absolutely no mandate whatsoever when it comes to protecting and preserving democracy.

The CEO of a large corporation is accountable to the board and shareholders for the financial performance of their firm – often, it should be pointed out, with an unhealthy emphasis on the short term. CEOs have no legal responsibility to make public pronouncements about what is best for Britain’s democracy – the ability of British citizens to exercise meaningful control over the decisions and policies affecting their lives. And they certainly do not forfeit their bonuses when political engagement and voter turnout falls as people increasingly realise that it doesn’t much matter which party holds the majority in Westminster.

Were it not so depressing, it would be amusing watching Remain campaigners, particularly those on the Left, eagerly lap up every word uttered by the voices of big business – people whom they otherwise utterly distrust and openly despise, but whose statements that Britain should remain in the EU are accepted gratefully and unquestioningly because they confirm all of the existing biases of the EU apologists. Enjoy it while it lasts, because you are never again likely to hear Ryanair and the Labour Party press office singing so lustily from the same hymn sheet. 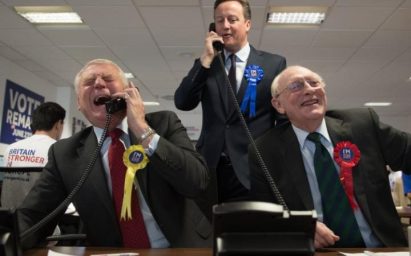 But if, as expected, we go on to lose the referendum by a sizeable margin, our only remaining hope will be that the victorious David Cameron acts in as smug and condescending a way as he did in the aftermath of the Scottish independence referendum. Counterintuitively, this is when we need the prime minister to be at his arrogant best – to claim that the issue is settled for a lifetime and then swan around taking his gruesome victory lap and talking overexcitedly about how Britain will play a leading role in his mythically reformed European Union.

In other words, we need the prime minister to do everything in his considerable power to mock and belittle us if Remain carry the day, because this will add much needed fuel to the eurosceptic movement, light a fire under the the referendum post-mortem (Pete North is already talking about Nuremberg trials for those Brexit big beasts who did the most to let the side down) and hopefully result in a post-defeat surge in support like the one enjoyed by the SNP last year.

And there is every chance that this will happen – David Cameron has a big ego and a thin skin, and his political radar often deserts him when he gets emotional. Sadly, this may now be our best hope – to keep the margin of defeat as small as possible, and then hope for (or indeed provoke) as many gaffes and missteps as possible from the victorious Remainers.

It bring no joy to report this state of affairs – clearly it would be far better if Leave were consistently ahead by 10 points in all the polls and on course for victory, even if it means winning on the back of a “Brexit plan” drawn in children’s crayon. The only consolation is that this blog increasingly believes that the EU is doomed one way or another, that within ten years or twenty it will disintegrate under the weight of its own paralysing indecision, internal contradictions and interminable one-way ratchet towards closer integration.

We would all like to spend the remainder of 2016 preparing for secession negotiations and pressing the government to adopt sensible stances – and we should continue to fight to win, right up to the end. This is the last negative word this blog will write about the Leave campaign until the referendum is over – at which point you will find me, gavel in hand, on the bench at Brexiteer Nuremberg.

But increasingly it seems that our immediate job on 24 June will be to keep the flame of liberty alive, ready for the next opportunity – if and when it comes. And if we are truly dedicated to the cause, we must now begin preparing for that eventuality, too.

4 thoughts on “The Narrowing Path To Victory For Brexit Supporters”