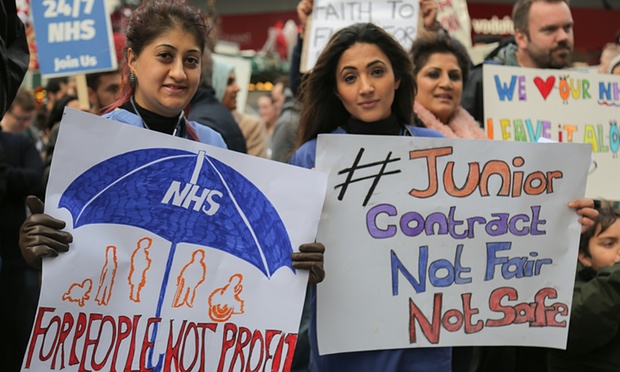 This strike is about money, not patient safety or the future of the NHS

James Forsyth speaks sense on the naivety and arrogance behind the ongoing junior doctors’ strike:

This walk out, the first all-out strike since the NHS’s creation, isn’t over some issue of high principle. It’s about money. The main sticking point in their negotiations with the government is that Saturday shouldn’t be treated as a normal working day.

The BMA’s suggestion at the weekend that it was prepared to call off the walk out if the government didn’t impose the new contract, but instead pilot it for a while, suggests that even the doctors themselves fear they’ll lose public sympathy by going ahead with this strike.

Yes. The fact that the final sticking point in negotiations is around money reveals all of the previous lofty, high-minded concerns about public safety and “tired doctors making mistakes” to be the cynical campaign rhetoric that it is.

Under the government’s offer, those junior doctors who are on duty one Saturday in four will receive a premium pay rate of 30 per cent. This means they are, on average, getting paid more for working on Saturdays than nurses, midwives and paramedics. The proposed deal is also more generous than what firefighters and police officers get for doing their job on a Saturday. This is hardly grounds for a walkout that will inevitably put lives at risk.

Junior doctors are right that they are paid less than doctors in some other countries. But this is, in large part, because the state has heavily subsidised their education. By the time a doctor has finished their foundation training, the state has already spent a quarter of a million pounds on them.

Until doctors are prepared to pick up more of this tab themselves, they shouldn’t complain that some of those working in other health systems are paid more than them. Indeed, it would be sensible of the state to actually require medical students to commit to working in the NHS for a certain number of years before funding their training—something that it doesn’t currently do. Junior doctors should also remember that if they stay in medicine and become consultants, they will find themselves in the top two percent of earners in this country.

This blog is no fan of the current Conservative government and no great proponent of the latest NHS reforms. But for the sake of decency, this strike needs to be broken. And then we need to have a long, hard national conversation about why an advanced democracy like Britain is facing a national strike of any kind in the year 2016.

Hint: if we did not still have a monolithic nationalised health service – the fifth largest employer on the planet serving the 22nd largest country by population – we could never be in the ludicrous position of suffering a strike of all the junior doctors in the land. Doctors would not all share the same employer, patients would not all rely on the same medical service and we would all be spared this drama.

Something to mull over as the accusations and counter-accusations fly. 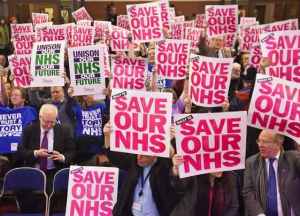 One thought on “The Junior Doctors’ Strike Is A Tawdry Pay Dispute, Not A Principled Defence Of The NHS”