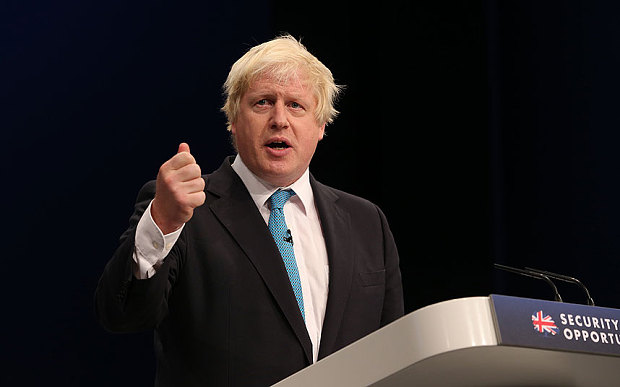 While many of us rolled our eyes and lost what last remaining scraps of respect we may have had for Boris Johnson after his last-minute, nakedly self-serving decision to spurn David Cameron and back the Leave campaign, others seem to be swooning with delight.

Boris Johnson has pulled ahead of George Osborne in the Conservative leadership race after coming out in favour of Britain leaving the European Union, a survey of grassroots Conservatives has found.

The Telegraph contacted the heads of 50 Conservative constituency associations and found that 12 back Mr Johnson, the Mayor of London, while eight support Mr Osborne, the Chancellor.

Theresa May, the Home Secretary, and Sajid Javid, the Business Secretary, have the support of just five of the Conservative Association heads between them after choosing to back the campaign to remain in the European Union.

Priti Patel, the employment minister, had the support of one association head while 24 said that they are undecided.

If leading the Conservative Party in your local geographic area still entitles you to call yourself a “grassroots” member, then one wonders what term should be used for the humble folk who stuff envelopes, knock on doors and distribute leaflets without the benefit of a title. Root vegetable conservatives? Tuber Tories? Surely something deeply subterranean, at any rate.

And leave aside for the moment the depressing fact that the only one of these potential future leaders who might reasonably be described as an ideologically uncompromised conservative – Priti Patel – has the support of only one constituency chairperson.

It is what comes next – the words of one Conservative constituency chairman, praising Boris – which is truly puzzling:

John Doddy, chairman of the Broxtowe Conservative Association, said: “Boris Johnson was needed to make a positive impact on Vote Leave. We needed a big hitter. The only potential leader that has shown considerable courage is Boris.”

The Telegraph picks up and runs with this Heroic Boris theme in the sub-headline to their article:

Boris Johnson, Follower-In-Chief, dithered, vacillated and prevaricated for as long as he possibly could, until the Tory Leadership Acquisition calculus shifted around him (as other, more principled colleagues nailed their colours to the mast one by one) to such an extent that eventually there was only one option left open to the London mayor if he wanted to present himself as a viable alternative to George Osborne.

With all of his main rivals for the Conservative Party leadership swinging behind David Cameron’s fatuous and empty “renegotiation” and supporting the Remain campaign, the only possible way for Boris Johnson to find himself in the top two candidates selected by MPs for consideration by the wider party was for him to declare for the other side and then hope that his choice is validated with a “Leave” vote in the referendum, casting Boris as the only heavyweight to have been on the right side of the plebiscite.

But even then, one could tell that Boris Johnson was reluctant – that this Hail Mary political pass was the last thing that he actually wanted to do, and that it went against his own far more pro-EU instincts. That much was revealed by the fact that when outlining the reasons for his decision, Johnson initially floated the “can’t we all just get along” suggestion that we vote Leave only to wring a few more minor concessions from Brussels rather than actually leaving the EU, before eventually having to walk back this suggestion in the face of justified criticism and ridicule.

And yet there are some in the Conservative Party – generally those who would smile and forgive Boris if they came home from work to find him in bed with their spouse – whose determinedly superficial thinking leads them to hold Boris Johnson a courageous hero, and others in the media willing to help the narrative along despite its obvious falsehood.

“Considerable courage”? From Boris Johnson? If this is what bold and visionary courage looks like, I would hate to ever behold rank, abject, self-serving cowardice. 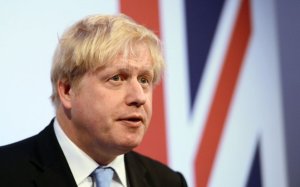