Martin Kettle tells us in his latest Guardian column:

Tim Montgomerie and Jeremy Corbyn make unlikely bedfellows. The Tory activist and journalist – founder of ConservativeHome.com – is a self-proclaimed admirer of Margaret Thatcher. She’s the reason Montgomerie went into politics. For the leader of the Labour party, on the other hand, Thatcher embodies everything he would like a Labour government to dismantle, reverse and bury.

Yet the two men agree about one thing. Montgomerie tore up his Tory party card on Thursday, protesting that there is very little that David Cameron and George Osborne are doing, not least in Brussels this week, that Blairites or Cleggites could object to. When Corbyn ran for the Labour leadership last year, he made pretty much the same charge. What’s more, he won the contest because a lot of supporters agreed with him.

Montgomerie and Corbyn see the world very differently. But they both now belong to the growing part of the British public that believes parties must stand for more sharply defined aims that reflect a distinct view of the world. Many of this group believe, in addition, that the voters are crying out for such a change to be offered to them.

Kettle goes on to reach wildly different conclusions than this blog – his piece ends with an implied warning that ideology of either side should be kept firmly in the box, lest we end up with a British version of the US Republican Party. But in terms of surveying the scene, he is absolutely right.

Most recently, the backlash against centrism has been more a phenomenon of the Left than the Right. The Labour leadership contest blew open long-suppressed divisions and resentments about the direction of the party, and (remarkably) actually saw the long-subjugated old-school socialists regain control. The Right, by contrast, has not been so divided. Sure, we’ve had the rise of UKIP as a serious threat on the eurosceptic and traditionalist fronts, but most Tories have been so happy just to be back in majority government that there has been no real disquiet over what David Cameron is actually getting their party to do while in power.

But this could all be about to change. The EU referendum on 23 June will pit Tory against Tory as each of us confront the existential question facing our country. As Chris Deerin warned a year ago based on his experience of the Scottish independence referendum, the coming battle will be bitter and divisive. And only a hopeless optimist could think that once this internal Conservative warfare starts, other issues will not quickly be dragged into the debate – deeply suppressed differences over fiscal policy, housing policy, defence, welfare, energy and climate.

Kettle’s piece suggests that he would disagree, but I regard all of this to be an extremely welcome thing. The ridiculously narrow Overton window staked out by our two main political parties has left many millions of British people without a voice on some of the greatest issues of our day. Worse still, it stinks to high heaven – whether it is always the case or not – of an establishment collusion to protect the interests of the political class over and above the good of the country.

Anything which helps to break open the stranglehold of centrist, consensus politics on our public discourse should therefore be welcomed. That’s why this blog supported Jeremy Corbyn’s leadership of the Labour Party despite disagreeing with him on virtually every issue of substance. And it is why I will enthusiastically cheer any development which causes stress and discomfort to David Cameron, who – as Tim Montgomerie lamented – has undone nearly all of Thatcher’s radical influence on the Conservative Party.

Read my take on Tim Montgomerie’s resignation from the Conservative Party here, as part of the “What Conservative Government?” series. 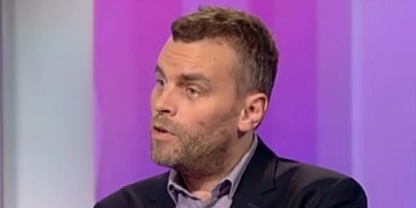 One thought on “What do Jeremy Corbyn And Tim Montgomerie Have In Common?”