So, to summarise our prime minister’s magisterial achievement at the European Council summit in Brussels:

Peace for our time. 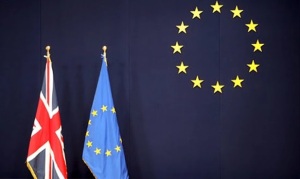