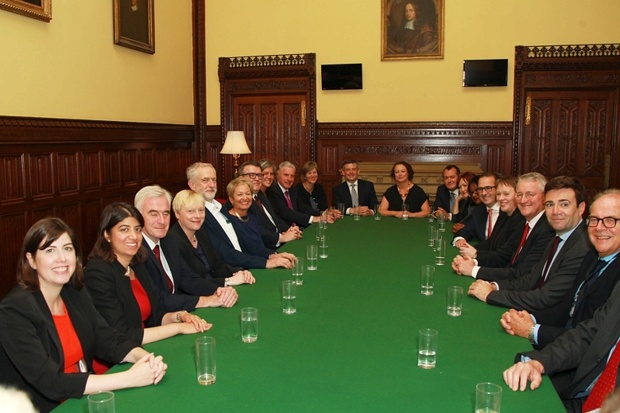 Jeremy Corbyn’s restive but cowardly shadow cabinet members have refused to put up or shut up with their concerns about his leadership. Therefore, he should fire them. Now.

Rumour has it that Jeremy Corbyn had finally had enough of spineless Labour shadow cabinet members who choose to serve under him by day but run to the newspapers with sensationalist quotes attacking him by night.

Jeremy Corbyn will spend the Christmas break planning a reshuffle to oust his most prominent shadow cabinet critics that is due to be announced within weeks of the New Year, The Telegraph understands.

The Labour leader and his aides will spend the next fortnight working out how to replace leading internal critics with allies in major a departure from his initial conciliatory top team.

Hilary Benn, the shadow foreign secretary, and Maria Eagle, the shadow defence secretary, are high on the target list after their public opposition to Mr Corbyn over Syrian air strikes.

Good. A reshuffle is long overdue.

Let us not forget that it is the restive Labour centrists currently murmuring and plotting within Jeremy Corbyn’s shadow cabinet who are responsible for his rise – and the rise of the hard left in general – in the first place.

Hopelessly pathetic Labour leadership candidates like Andy Burnham and Yvette Cooper inspired such little inspiration among the party grassroots with their centrist non-vision that Corbyn, an unreconstructed socialist, won the leadership contest by a landslide.

And for the past five years of Conservative coalition rule, the Labour centrists – working under Ed Miliband – engaged in a hysterical, sanctimoniously moralising form of opposition which tolerated the most ridiculous anti-Tory hyperbole in the pursuit of power. This approach – incorporating such tactics as ranting about the supposed “human rights” abuses of the Evil Tories – gave a green light to the crazies and far-left types who have now taken control. The centrists tried to ride the far-left tiger, but were eaten by it.

And yet these losers – these Labour centrists who could barely motivate their own families to vote for them – have the temerity to mutter their discontent to the national newspapers, even while serving in Jeremy Corbyn’s shadow cabinet and being loyal to his face.

These are some of the anti-Corbyn quotations briefed to just one sympathetic journalist, Dan Hodges, by those dull, craven shadow cabinet featherweights who sanctimoniously claim to have the best interests of the Labour Party at heart:

Labour’s internal phoney war is about to be brought to an end by a real war. The mood among shadow ministers has changed. “We haven’t got any choice,” one said to me yesterday. “We have to take him on now.”

This is the dilemma facing Labour MPs after ‘Suicide Saturday’. The size of Jeremy Corbyn’s victory makes it impossible to mount an immediate challenge. But his reaction at the moment of his victory reinforced the impression he cannot be left to lead his party for an extended period. “We can’t wait five years”, one shadow minister said. “Two years at the maximum”.

It’s clear that as the first rays of the Corbyn dawn spread across the landscape, the disparate anti-Corbyn forces have yet to draw up a unified plan of action. “The first thing I’m going to do is shore up my constituency” said one shadow cabinet member. “I’m not taking any chances. If his people [Corbyn’s] come for me I’m going to be ready.”

“What’s the one thing all of Corbyn’s recent appointments have in common?” a shadow cabinet member asked me yesterday. “It’s this. They all hate the Labour Party. They think Labour gets in the way and prevents the voters embracing true revolutionary socialism.”

One shadow cabinet minister has warned of a potential wave of “punishment beatings” being meted out to those MPs who do not show their new leader and his supporters the appropriate degree of respect.

If even one of these quotes had been made by a restive shadow cabinet member about Ed Miliband, such brazen disrespect for the office of Leader would have been front page news, and news channels would have led with stories about an imminent resignation from the Labour front bench.

But under Corbyn’s leadership, the normal rules of behaviour have been suspended – Corbyn’s shadow cabinet feel free to brief against him every day without doing the decent thing and resigning, and the spectacle has become so unremarkable that each instance serves only to add colour to other news stories, rather than making headlines on their own.

Dan Hodges got it 100% right when he said that it is Labour’s spineless MPs – not Jeremy Corbyn – who are now most to blame for destroying the party:

Mass shadow cabinet resignations. A dramatic stalking-horse challenge. Poor-health. An act of God. The bulk of the PLP yearns for anything that will bring an end to their Corbyn nightmare. Anything, that is, that does not require an act of courage or defiance from themselves.

And these people actually aspire to govern us. They have the nerve to represent themselves as our future leaders. Ask us to place in their trembling, fumbling hands decisions of life and death, health and happiness, war and peace.

They will not get their wish. There is no 100,000 strong army of “moderates” riding to their rescue. Good. Labour’s spineless parliamentarians no longer deserve salvation.

The current situation is quite simply untenable. The Labour centrists lost the general election, the Labour leadership election and the argument. They lost. They utterly failed to present a compelling political vision of their own, and so they were turfed out in favour of the Corbynites, who do actually stand for something (however unappealing that vision may be).

Jeremy Corbyn’s shadow cabinet are duty bound to serve the man who won their party’s leadership election. That’s how it works. If they have irreconcilable differences with Corbyn on fundamental matters of policy or leadership style, they should air their dissent from the backbenches after having resigned on principle, and not continue to moan and whimper while clinging on to their thoroughly unremarkable front bench careers.

So I say bring on the Corbyn cabinet reshuffle. Those who brief anonymously to the newspapers but lack the courage to air their grievances directly do not deserve their positions of seniority.

May many cowardly heads roll this Christmas. 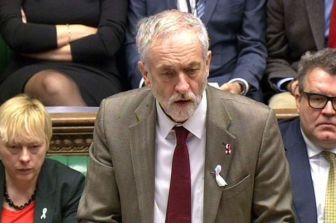 3 thoughts on “The Daily Toast: Bring On Corbyn’s Reshuffle And Purge Of The Cowards”