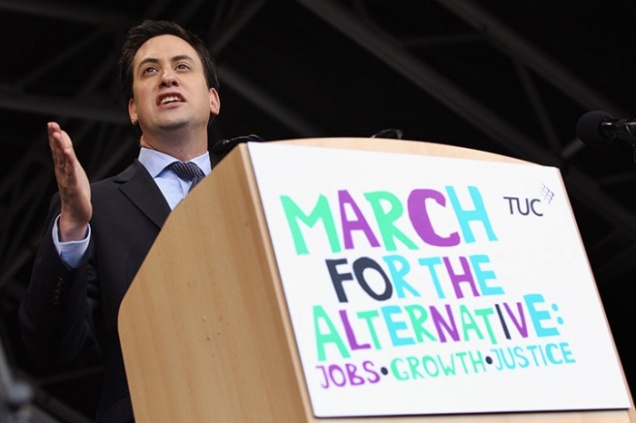 With less than a month to go until the 2015 general election, the London Evening Standard (print edition) is currently running a Constituency Focus series, exploring the different dynamics and personalities at play in London’s diverse boroughs and constituencies.

Today the focus moved to the west London constituency of Brentford and Isleworth, an area covering Chiswick, Isleworth, Brentford, Osterley and Hounslow, close to Heathrow Airport. Unsurprisingly, all of the main local candidates are proudly displaying their NIMBY credentials by opposing a third runway at Heathrow.

In the Tory stronghold of Chiswick, the issue of school places dominates; while in the traditionally Labour-supporting parts to the west, NHS waiting times are the hot topic.

But the one issue that is a major talking point across the whole of the Brentford and Isleworth constituency is the proposed Heathrow expansion, which both the main candidates oppose.

But it is on the subject of austerity that a real difference is revealed between Labour and Conservative philosophies.

Ruth Cadbury, a long-serving Labour councillor and part of the Cadbury chocolate dynasty, is standing as the Labour Party candidate in the general election. And when she spoke about the level of Conservative support in the wealthier parts of her constituency, she had this to say:

“There’s no doubt Chiswick is becoming increasingly wealthy…it is the strongest area for the Tories. But it is not a solidly Tory area. A lot of people voted Tory or Lib-Dem last time and now realise what they were part of.”

What they were part of. It is almost as though Ruth Cadbury thinks that Brentford and Isleworth residents who put their cross next to the Conservative candidate back in 2010 were not just guilty of making a political error, but were actually complicit in some terrible act of genocide or human rights abuse. Five years later, goes this sanctimonious mindset, those ungrateful voters who had the temerity to spurn Gordon Brown’s benevolent Labour Party will have learned the error of their ways, seen sense, and come meekly crawling back to Team Red.

This is what happens when you live in an ideologically airtight bubble and subsist on a diet of left-wing talking points and spin. To die-hard Labour supporters and others on the left, it may well be received wisdom that austerity was an unnecessary evil, a savage attack on the most vulnerable people in British society. But it is not necessarily seen this way outside the bubble.

Outside the bubble, many people continue to believe that the state had grown far too large and all-consuming after thirteen years of Labour government. Outside the bubble, a lot of people think that welfare reform was and remains an urgent necessity, if not to save the taxpayer vast sums of money at least to encourage self-reliance and self-sufficiency rather than indolence and dependency. And outside the left wing bubble, many decent, thoughtful British citizens simply want a smaller government, and to keep more of their own money to spend as they please.

It is not always wise to read too much into a solitary remark, but in this case Ruth Cadbury’s words reveal a profound truth about the modern Labour Party. Having opposed the coalition government’s “austerity” agenda tooth and nail for five years, and having spent every other waking moment lustily defending public services and basking in continued acclaim for having created “our NHS” all those decades ago, the Labour mindset increasingly views disagreement with their agenda not as honest political difference but as a grave form of moral defect.

Daniel Finkelstein also makes reference to Labour’s unearned sense of moral superiority in his open response to the actor Martin Freeman, who recorded this party election broadcast for the Labour Party:

In his open letter, Finkelstein responds to Freeman:

We all make different judgments about what works and what we think is sensible. I don’t doubt there are coalition programmes you feel have been poorly thought-through or whose impact has harmed people they shouldn’t have harmed. Where the balance between keeping welfare bills low and protecting recipients has been poorly struck.

I don’t object to you arguing these points with vigour. But I do object to the idea that they arise because you are a better person than me.

The idea that the left is kind and the right unkind is a pervasive one but one that history doesn’t support. Some of the most grotesque mass murdering dictatorships in the world have come from the left. Mao, Stalin, Pol Pot. Leftism isn’t a certificate of goodness.

Peace, love, looking after sick children, trees, the climate, poor people, family, hospitals, pensioners, I do like them all as much as you do, you know.

Precisely. Often the media portrays the Labour / Conservative divide as Labour thinking with their hearts and the Tories thinking with their heads, but even this view does a disservice to voters and parties of the political right. It is possible to care for the poorest, most marginalised and vulnerable among us but believe that a big government and all-powerful state are not well equipped to ease or prevent their suffering. And it is possible to believe in individual freedom and personal liberty while accepting that there is also such a thing as society.

To start treating people who voted for the other party as though they are foolish lemmings who were duped into supporting a regime that was not just misguided but actually evil, to speak about Conservative voters as though they were complicit in a deliberate war of attrition against the most vulnerable of their compatriots, is a luxury that you can only afford when you are romping home to a decisive victory. And even then it would be in extremely poor taste, the mark of a very sore winner.

It hardly needs pointing out that Labour under Ed Miliband are not about to romp home to a landslide victory on 7 May. And yet the Labour Party, their celebrity supporters, local candidates and grassroots activists are thinking and acting as though they represent the only moral choice on the ballot paper.

If Ed Miliband wants to walk into 10 Downing Street on 8 May as Prime Minister, and if the Labour Party really want to govern for the good of the whole country rather than their usual coalition of special interests and public sector workers, they would do well to stop treating conservatism as a moral evil, and conservative-leaning voters as morally defective.