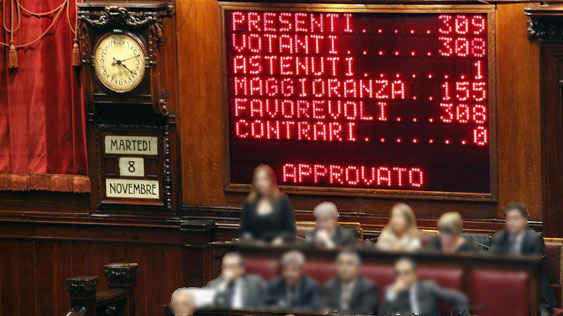 Economists and government officials rejoiced this holiday week as new figures revealed that the productivity of British workers, long a cause for concern, finally registered an improvement in the third quarter of the year. In fact, the 0.6 per cent increase in output per hour worked caused a welcome ripple of positive headlines and general satisfaction just as everything prepared to shut down for Christmas. But while the Bank of England takes succour from the fact that British workers are delivering more output per unit of time, can the British people say the same of their elected politicians? And how would we even go about measuring such a thing?

We know that the overall approval rating for Members of Parliament as a group hovers around the low twenties, but the general disdain in which politicians are held does not necessarily have any relation to how productive they are. We could attempt to determine productivity by measuring the number of debates attended and speeches made by MPs over the course of a year or a parliament, but this would fail to take into account the different jobs and roles performed by different MPs – though it would quite rightly expose former prime minister Gordon Brown as the political equivalent of the New York City union boss who spends most of the working day asleep at his desk.

Alternatively, we could try judging MP’s productivity according to the number of bills that they pass – but with fixed term parliaments a very new phenomena, backward comparisons would be almost impossible, not to mention the fact that stopping harmful legislation from reaching the statute books is often a far more valuable service to the country than busily legislating nonsense in pursuit of favourable headlines.

In short, there’s no easy way to determine the productivity of our legislature. But that doesn’t mean that we should continue to tolerate glaring inefficiencies and anachronisms that do nothing to aid the democratic process and bestow little benefit by way of tradition. And by far the biggest time-wasting anachronism in an institution built on the things is the way that MPs vote following a parliamentary debate.

The archaic way in which MPs vote – by getting up and physically leaving the chamber through different doors to register an Aye vote, Noe vote or Abstention – was thrust back into the spotlight today by Wikipedia founder Jimmy Wales, who quite rightly said that it was high time that Britain’s parliament introduced electronic voting for legislators:

Jimmy Wales, one of the founders of Wikipedia, has called for MPs to vote electronically in the House of Commons.

Saying that the digital revolution should extend to Parliament, Mr Wales said ending the centuries-old practice of MPs walking through the division lobbies to register their “ayes” and “no’s” would save time and allow them to devote more energy to debates.

That pretty much says it all. At the end of a typical debate in the House of Commons, up to twenty minutes is wasted while tellers for the ayes and noes are chosen and stationed at their respective doors, the MPs shuffle out of their benches (or hustle back from nearby pubs and restaurants strategically fitted with a division bell and sprint to the chamber only to saunter back out of it again), wander through the correct door and then return to their places in the chamber – often stopping for convivial greetings and confabs as they go. If multiple debates are taking place on the same day, as is often the case, whole hours can be lost to the observance of this anachronistic ritual.

By contrast, an electronic voting system could be installed with minimal cost and inconvenience, providing a whole host of benefits. The process would be sped up enormously, enabling the House to tackle more business. MPs would be compelled to be present in the chamber for debates they wished to vote on, no longer having the luxury of lounging in parliamentary bars or off-site pubs only to saunter in to cast their vote at the last moment. The British people would instantly be able to check how their local MP had voted on any given debate, in real-time. And for that matter, so would the party whips. There would be manifold benefits to both the efficiency of parliament and the transparency of the democratic process.

But not everyone is convinced; in fact, some people believe that Parliament has already done all the modernising that it needs to do.

In a quite ludicrous and undeservedly boastful article in the Telegraph, Conservative MP Jesse Norman divulged everything that has apparently already been done to drag the House of Commons into the twenty-first century. In actual fact, the article was not really about modernisation at all; rather, it was Norman’s thinly-veiled victory lap for having helped to scupper the appointment of an inappropriate candidate to the position of Clerk of the House of Commons, a minor triumph but hardly one worth taking to the Telegraph to brag about.

When it came to providing examples of concrete changes to the workings of Parliament, the House of Commons and MPs in particular, however, Jesse Norman had almost nothing of value to say:

We also came across examples of poor management, unclear or overlapping responsibility, clashing priorities, slow decision-making, lack of implementation of agreed actions, and inconsistent strategic direction. In particular, the crucial relationship between the senior statutory body, the Commission chaired by the Speaker, and the Management Board, was not working well.

The Committee’s report addresses these core issues in three ways. First, it strengthens the Commission by giving it a clear focus on strategy, and building in new legitimacy and expertise through the addition of four elected MPs and two non-executive members.

Secondly, it abolishes the Management Board, and replaces it with a smaller Executive Committee of the Commission, tying strategy and implementation together, in line with best practice elsewhere.

Thirdly, it creates the new role of Director General, reporting to the Clerk and specifically charged with driving through already agreed decisions rapidly and effectively.

These reforms are expected to lead to immediate further efficiencies in staffing and expenditure, making them revenue neutral overall, but with greater future scope for cost control.

Your blogger has worked in management consultancy for the better part of a decade, and so is very well qualified to translate this mindless business-babble into plain English. In short: they renamed some of the weekly meetings, and cut a few less important people from the attendees list. If you are sceptical that this tweak will make any real difference at all to the workings of Parliament and its responsiveness to the British people, you are quite right to be so – because it won’t. But at least the whole deckchair re-arranging exercise is cost neutral.

Perhaps this management babble masquerading as bold reorganisation is understandable, given Jesse Norman’s own personal interests and motivations – he is a founding member of the Campaign for an Effective Second Chamber, an advocacy group that seeks to preserve the House of Lords in its current form at all costs, delighting in the upper chamber’s dysfunctional role as a repository for failed ex-ministers, influential party donors and the remaining inbred landed gentry. But the British people should not be taken in when dull advocates of the status quo pretend that they take democratic or constitutional reform seriously – their actions (or lack thereof) reveal their true intentions.

When faced with the competing records of Jimmy Wales, the innovative co-creator of the world’s largest encyclopaedia, and Jesse Norman, blinkered defender of the British Parliament’s dysfunctional upper house and the main culprit behind the failure of the constituency boundary review initiative, the choice is not a difficult one to make.

As Britain prepares to ring in the year 2015, the time has come for our Parliament to stop functioning as though it were still 1815.