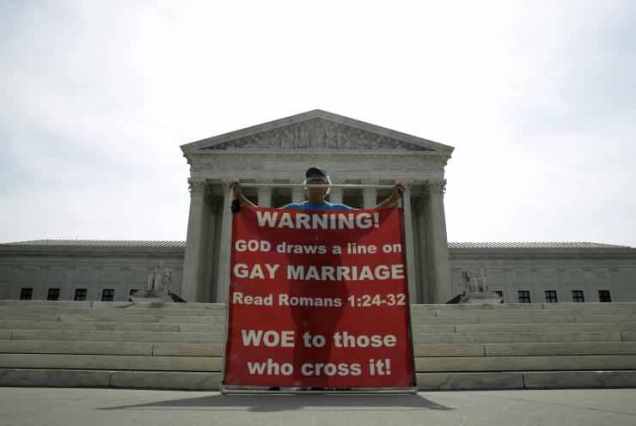 After reading and trying to digest a representative slice of the masses of coverage of the US Supreme Court’s decision to uphold the majority of President Obama’s healthcare law, I think that this article from Slate.com perhaps does the best job of defining the winners and losers, and explaining the potential political consequences of the decision.

Their overall view – that while the decision vindicates Obama’s signature policy achievement to date and affirms that all of the spent debating and passing the law was perhaps not wasted after all, it is quite probably the Republicans who will come away from this episode more energised and motivated as we head into election season:

If the law had been struck down in whole or in large parts, it would have endorsed Mitt Romney’s claim that President Obama committed a double sin: He wasted the precious start of his presidency on a wrong-headed scheme while ignoring a weak economy. But what now? Just because the Supreme Court upheld the law doesn’t mean the legislation is popular. The president avoided a big defeat, but Mitt Romney’s conservative base is energized. The net result is that it was a good day politically for the president, but it’s a small net.

The article shows that Obama, having taken a lot of fire from his political enemies over the law, was keen to claim the victory for himself, and I did note that the unfortunate Obama tendency to take personal credit where it should be shared (with others in his administration, and with those in congress who did a lot of the legwork) and his overuse of the word “I” has come creeping back a little:

Other outlets, including Politico, make the point that Obama will be keen to move on from this victory, trying to portray the Republicans as a backward-looking party interested only in relitigating past battles rather than proposing future solutions or improvements to the existing law:

Later, several of Obama’s top White House advisers, speaking on condition that they not be quoted directly, told reporters Thursday’s decision doesn’t portend a strategic shift in which Obama begins to make the nitty-gritty of health care reform a centerpiece of his campaign.

And they seemed almost giddy at the prospect of congressional Republicans, incensed by the high court’s ruling, pursuing repeal efforts or other attacks on the law over the next weeks and months.

Time will tell if the Republicans do decide to adopt this stance, and whether or not it brings them success.

And finally, of course, some of those on the extreme right were so upset that they started advocating armed rebellion against the US government. From Michigan Capitol Confidential:

A Lansing-based civil rights attorney who has held positions with the Michigan Republican Party and Department of Corrections, questioned in a widely distributed email today whether armed rebellion was justified over the Supreme Court ruling upholding Obamacare.

He stressed that he wasn’t calling for armed rebellion but added his own personal note to the email, saying, “… here’s my response. And yes, I mean it.”

Getting worked up and convincing himself that the Supreme Court’s ruling all but sounds the death knell for American freedom and democracy, former GOP operative Matthew Davis wrote:

“If government can mandate that I pay for something I don’t want, then what is beyond its power?” he wrote. “If the Supreme Court’s decision Thursday paves the way for unprecedented intrusion into personal decisions, than has the Republic all but ceased to exist? If so, then is armed rebellion today justified? God willing, this oppression will be lifted and America free again before the first shot is fired.”

In the meantime, while President Obama and Mitt Romney try to work out how best to take advantage of the ruling for their election campaigns, and while Matthew Davis from Ohio dusts off his replica revolutionary war uniform and loads his musket, the American people can look forward to the remaining provisions in the Affordable Care Act slowly coming into effect. Or being enslaved by a tyrannical, overbearing federal government.

Y’know, which ever way you choose to look at it. 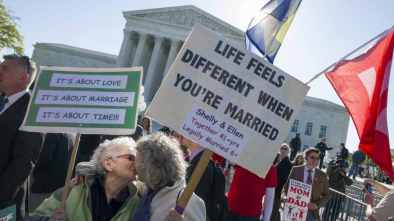