Donald Trump already provides ample evidence that he is temperamentally unsuitable to be US president without the biased, pro-Hillary American media putting words in his mouth

There is a particularly pernicious story making the rounds at the moment that Donald Trump supposedly called for the assassination of Hillary Clinton (again).

From the New York Times:

Donald J. Trump once again raised the specter of violence against Hillary Clinton, suggesting Friday that the Secret Service agents who guard her voluntarily disarm to “see what happens to her” without their protection.

“I think that her bodyguards should drop all weapons,” Mr. Trump said at a rally in Miami, to loud applause. “I think they should disarm. Immediately.”

He went on: “Let’s see what happens to her. Take their guns away, O.K. It’ll be very dangerous.”

In justifying his remarks, Mr. Trump falsely claimed that Mrs. Clinton wants to “destroy your Second Amendment,” apparently a reference to her gun control policies.

[..] On Friday night, breaking from his prepared remarks and turning his gaze from the teleprompters, Mr. Trump looked straight into the crowd as he made the insinuation about Mrs. Clinton’s safety. He gestured emphatically with his hands as he spoke, at one time pointing to a member in the crowd to find agreement.

And the US Guardian:

In a sometimes bizarre 45-minute speech on Friday night, which opened with the unfurling of a new “Les Deplorables” battlefield flag backdrop, the Republican nominee went off-script to call for his opponent’s bodyguards to “disarm immediately” – adding, “Let’s see what happens to her.”

“Take their guns away!” Trump demanded to loud cheers during a section of the speech in which he said his rival wanted to “destroy your second amendment” and he accused Clinton of “arrogance and entitlement”.

In a statement, Clinton campaign manager Robby Mook denounced Trump’s comments: “Donald Trump, the Republican nominee for President, has a pattern of inciting people to violence. Whether this is done to provoke protesters at a rally or casually or even as a joke, it is an unacceptable quality in anyone seeking the job of Commander in Chief.”

“But we’ve seen again and again that no amount of failed resets can change who Donald Trump is.”

The call to leave the Democratic nominee protected by unarmed secret service agents, first made by Trump in May, raised eyebrows as a reversion to the undisciplined candidate of the primaries rather than the more scripted one of recent weeks. Trump also suggested in August that if Clinton was elected president, “the second amendment people” might be able to stop her from appointing judges. That statement was widely interpreted as a veiled assassination threat as well at the time.

The tone and inference of both of these articles are shockingly misleading.

The point that Donald Trump was making was that it is rather hypocritical of Hillary Clinton to advocate for stronger gun control laws which potentially limit the ability of the citizenry to defend itself when she herself is surrounded by the best trained and equipped armed guards in the world, and does not have to worry for her own safety. Trump was suggesting that were Clinton’s Secret Service protection revoked, forcing her to provide for her own personal security, she might not be so keen to limit the types of weapons available to private citizens.

Now, one can disagree with the premise of Trump’s point and poke all kinds of holes in the logic (though this blog considers the basic thrust of the argument to be quite sound), but by no stretch of the imagination does this amount to a snide assassination threat. It does not even amount to a charge of inciting his supporters to imagine the horrific scenario of an assassination. It is merely a reductio ad absurdum argument intended to make the point that well-protected senior members of the US government should perhaps refrain from dictating to ordinary Americans the manner in which they can defend themselves.

John Hinderaker of the Powerline blog makes the same point:

Trump obviously was making the point that he and countless others have made many times before: liberals like Hillary Clinton, who are protected 24/7 by armed guards, are deeply hypocritical when they try to disarm millions of Americans who don’t have taxpayer-funded protection and rely on their own firearms for self-defense. The point is a powerful one, which is why liberal reporters don’t want to acknowledge it. Instead, they absurdly pretend that Trump was hinting that Hillary should be assassinated.

This kind of thing fools no one. Millions of Americans are quietly fuming over the press’s overreach, going over the top, day after day, to defeat Donald Trump. The blowback is building, and will continue building until election day.

At one point, when I was opposing Trump during the GOP primaries, I said to the press: Stop attacking Trump! Liberal reporters often began with a valid point, but their hysterical hatred for Trump caused them to go too far, making arguments that were patently unfair and unsustainable. Therefore, the more they attacked Trump the more his support grew. The same thing is happening now: most Americans have a pretty good sense of fair play, and they know that Trump is being treated badly by the establishment–a group for whom most Americans have no great affection.

But the media, always on the lookout for the next Trumpian outrage, refused to see reality in these terms. Rather than reporting Trump’s rather simplistic but sound argument – one which was worthy of discussion and a response – many media outlets instead chose to claim, with no evidence, that Trump had done something far worse.

This blog has no problem calling out Donald Trump’s extreme and unacceptable language when he actually says something bad – the infamous “second amendment remedies” comment in August being of another order altogether. But on this occasion, Trump was not making an extremist or reckless point, though the media chose to report the two stories with the same level of outrage.

And it is this behaviour, right here, which erodes public trust in the mainstream media. It is tawdry, opportunistic media overreaches like this, so clearly betraying a seething partisan agenda, which drive decent but concerned citizens into the arms of the extremist fringe and the conspiracy theorists.

Sometimes, to watch the American media openly campaign for Hillary Clinton, one wonders if everybody else inhabits a slightly different universe. We all witnessed disturbing footage of Clinton’s lifeless body being dragged into the back of her waiting secret service van on the occasion of the 9/11 memorial in New York City, yet the chirpy presenter on MSNBC that afternoon casually announced that she merely “stumbled” a little – the definition of “stumbled” having been temporarily extended to include loss of motor control and even consciousness. What we see with our own eyes and what the media choose to report are increasingly two very different things.

And while Donald Trump has a treasure trove of past incendiary statements positively bulging with potential scandal, that is apparently not enough for the media – they must also twist Trump’s words and breathlessly and falsely report to the public that the Republican presidential nominee just called for the assassination of his rival.

You don’t need to admire or support Donald Trump to be outraged at the lazy, biased journalism on display here. This blog is certainly no Trump fan. But if someone does happen to support Trump then these unnecessary extra efforts by the media to demonise the candidate and his supporters will only harden their support and erode what little trust is left in the media.

Those perpetually outraged American liberals in the media, on the hunt for their next anti-Trump scandal, should bear in mind that hysterical and obviously-inflated charges will not have the effect of somehow “bringing Trump supporters to their senses”. On the contrary, it will simply drive Trump loyalists and even wavering voters to alternative, less scrupulous sources which echo rather than castigate their beliefs.

Lying to the American public and pretending that Donald Trump’s remarks were a de facto call for Hillary Clinton’s assassination will not cause a single person to flip from supporting Trump to supporting Clinton. But it will ensure that a number of readers wave goodbye to the New York Times and the Guardian, instead placing their trust in pro-Trump outlets like InfoWars or Mike Cernovich.

Now, is the catharsis of manufactured outrage and liberal media grandstanding really worth the potential risk of shoring up Trump’s base? 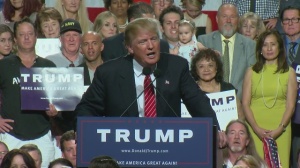