The Labour Left may dismiss him as a Red Tory war criminal, but Tony Blair raises some awkward questions about what Labour stands for in the Age of Corbyn

In the Christmas special edition of The Spectator, Tony Blair offers a typically self-aggrandising but (to the Corbynite Left) infuriatingly perceptive take on the challenges facing Labour, and why the emboldened hard Left are not equal to the task before them.

In a society in which fewer and fewer people thought of themselves as traditional working class, we needed to build a new coalition between the aspirant up and coming and the poorest and most disadvantaged. For the task of winning power, the emphasis on the values of community, society, family, compassion and social justice was highly effective.

But for the task of governing, we had to do more than proclaim our values, we had to have the courage and creativity to apply them anew to a changing world and make what counted what worked rather than defending interests or tradition.

That’s the rub: what does Labour stand for in a society where fewer and fewer people  think of themselves as being working class, or attach any real meaning or identity to that label? And specifically, what does the Corbynite Left of the party stand for in this new reality?

Blair points to an uncomfortable truth for Labour. Because few people, other than the Owen Jones romantic Left, still obsess about class. And though economic inequality is very much a real thing, many of us share common tastes in popular culture to an extent which was simply not the case in the 1920s or even the 1950s.

What does social class even mean when thousands of one-percenters listen to the same pop music and partake of traditionally working class interests such as football, and the technological revolution has given the masses the same access to entertainment, culture and travel destinations as the very wealthy? Does class mean anything at all in 2015, besides being a shorthand way to describe a person’s accent? Arguably not.

What unites these two warring factions within Labour is the fact that neither side have the first clue about how to use public policy to translate their vision into reality. Centrist Labour is intellectually dead and hasn’t had an original idea since Tony Blair left office, but the rot became particularly bad during the Ed Miliband era. Miliband’s speeches were full of meaningless platitudes and waffle about creating a “fair” Britain, but shockingly free of specific policies or strategies to reshape the country accordingly.

And the emboldened Left are full of spittle-flecked condemnation of the Evil Tories, not to mention the endless, preening virtue-signalling which has become their hallmark. But they offer no solutions either, just a 24/7 Twitter stream of criticism of Tory policy. Want to know what the Corbynites want to do with taxes or welfare? Good luck finding out. Most of them don’t have a clue, and the few that do know won’t say because they know that their real vision for Britain would be hugely unpalatable to the general electorate.

The danger for Labour in failing to stand for an election-winning coalition of voters – as they did when they represented a cohesive working class in the twentieth century – is that others will define Labour to the electorate, and not in a flattering way.

Already, the Conservatives are pushing the message that Labour are the party of welfare, entitlement and anybody who is a net “taker” from society. And what can Labour possibly say to counter this claim, when they can always be found popping up on television to denounce spending cuts without announcing anything amounting to a cohesive plan of their own?

Right now we’re in danger of not asking the right questions never mind failing to get the right answers. All of it is about applying values with an open mind; not boasting of our values as a way of avoiding the hard thinking the changing world insists upon.

Unfortunately, even the anti-Corbyn elements of the Labour Party seem utterly unable to grasp this fundamental truth. And too often, it seems that all Labour know how to do is hate the Tories and boast about their own values, rather than identifying solid policies to put them into practice.

Consider how the recent vote on military action in Syria descended into a mudslinging sideshow, with the Corbynite left accusing anyone who disagreed with their pacifist stance of being an Evil Tory warmonger. Or the way that the Labour Party rode to battle against the tax credit changes, the welfare cap and the NHS junior doctors pay dispute, enthusiastically taking up arms against the Conservatives without uttering a word about how they would address very real problems of concern to many British voters.

On these issues and more, Labour currently propose no solutions. While military intervention in Syria may well fail or lead to a worse outcome, no alternative has been clearly outlined – assuming that airy talk about negotiating with ISIS is not to be taken seriously. Ask ten Labour MPs (including the shadow cabinet) what the party proposes to do about welfare or the NHS and you are likely to get fifteen different answers.

In his article, Tony Blair repeatedly argues against focusing on ideology:

But this is misleading. Strong viable governments only come about when there is a coherency and consistency of ideology which informs the policies offered to the electorate. It’s no good just coming up with a basket of pragmatic policies – people rightly see this for what it is: electoral opportunism.

Labour need to pick an ideology, whether it is that of their leader, that of Tony Blair or that of the incoherent band of uncharismatic centrists who currently pass for party heavyweights. And then they need to show the public that real, tangible policies for government can flow through the party, shaped and informed by those ideals. Labour’s credibility is currently so low that opportunistic opposition to individual Conservative policies will deliver them nothing at the ballot box. An alternative platform for government is what’s needed.

And that takes us back to the opening question: who does Labour actually represent in the Age of Corbyn and his sulky centrist antagonists, when nearly everybody with an aspirational bone in their body is abandoning the party? 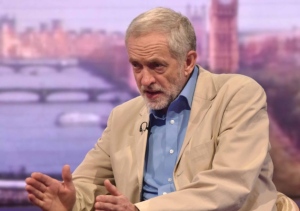