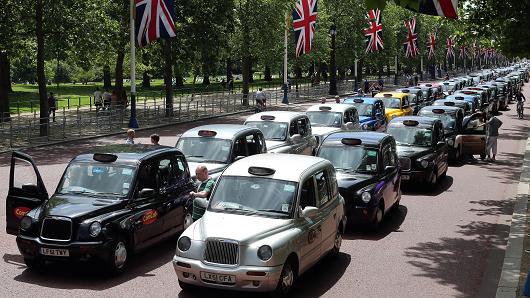 Whenever there is a battle between the interests of ordinary consumers and the tired, unimaginative producers who rip them off, the Left take the side of the special interests over the little guy every single time

Wherever there is technological innovation and the prospect of incremental or revolutionary improvements in the way we live, there is also inevitably a finger-wagging lefty standing by with ten good reasons why humanity should stay in the cave, be terrified of fire and reject the wheel because it will put professional floor-draggers out of work.

And so it is with Uber. Left Foot Forward have come up with a list of five things you didn’t know about Uber – the obvious nature of which is clearly based on the assumption that you are a credulous simpleton who has no curiosity or understanding about how the services you use every day come to be delivered. And unsurprisingly, this list of five scandalous “unknown” things just happens to support the case for regulating Uber to death and propping up the greedy, inefficient, snarlingly anti-competitive black taxi cartel.

Drivers are partners rather than full time employees, allowing them to work for multiple companies if they choose. How utterly terrible that they are not locked in to working solely for Uber – don’t they know that indentured servitude for a solitary master is freedom?

Bad drivers are not allowed to continue working for Uber and delivering a poor service to customers? Oh, the humanity! But it gets worse. Uber shockingly doesn’t operate as a charity, funnelling customers to its drivers using their proprietary technology for no fee. Yes, they actually keep a small proportion of the passenger fee for themselves.

These are damning allegations indeed, each and every one of them. It’s almost as though by having come up with an innovative and popular product, one which makes life easier for many thousands of grateful city dwellers, Uber actually think they have some bizarre right to exist and go about their business without grovelling and apologising for what they do. Fortunately for us, Left Foot Forward, left wing politicians and certain anti-free market turncoats on the Right are all there to put them in their place.

Wherever there is innovation and a great leap forward for consumers, there is an angry left-winger trying to stop it and hold humanity back, piously “defending” people like Uber drivers – smart, autonomous people who are more than capable of speaking out for themselves and managing their own affairs.

The first two of Left Foot Forward’s thoroughly unremarkable revelations are nothing more than common sense. Drivers don’t want to be locked in to exclusive contracts, only able to drive for one company, and Uber certainly doesn’t want to become an employer to thousands of professional drivers around the world – it simply isn’t their core business. The partnership model provides a flexibility which is of value to both parties. And as for the second “revelation”, it is depressing (though not altogether unsurprising) to see the Left ride to the defence of poor performers and bad workers, proving that they still do not “get” aspiration or success.

The third revelation – that Uber charge drivers a commission for connecting them with paying customers – is so churlishly trite that it doesn’t warrant a response. Is Uber supposed to pay its own staff and shareholders in thank-you notes from appreciative drivers, rather than cold hard cash?

The final two revelations are dull points around regulation and legislation. If Uber’s tax arrangements are so scandalous, that is a failure of the tax code in general, not Uber in particular. And it should be tackled from the basis of wanting to simplify and flatten the tax code, not single out one successful company for envious punishment.

Uber is also ruining the livelihoods of other drivers. Over a two-year period, roughly coinciding with the explosion of Uber in London, the number of minicab companies has fallen by 5 per cent. Uber is so much cheaper than black cabs and private companies that people who have worked their whole lives as drivers no longer have a chance. It is true that other taxi companies need to reconsider their pricing, but the Uber boom happened so quickly that they were caught off guard. Plus, Uber cannot take the moral high ground on affordable taxis when they operate theirs on the backs of unprotected workers.

Boo hoo. It happened “too quickly”? They were “caught off guard”? The black taxi industry had decades to think of ways to offer an improved service to customers at better value, and they came up with nothing. Nada. Zilch. Where taxis in other countries have WiFi, moving GPS maps, televisions and even (heaven forfend) karaoke machines installed, the humble Hackney Carriage has remained unchanged since the last great innovation, when they got rid of the horses and rammed an internal combustion engine in the front. How much longer did London’s black cab drivers need to come up with a decent, unqualified pro-consumer innovation?

Here’s the harsh truth: nobody has the “right” to a livelihood doing the same thing the way they have always done it, from the day they leave school to the day they retire. If those halcyon days ever existed, they are well and truly over now. And that is a good thing. Innovation is disruptive, but it is only by maintaining a laser focus on the needs and aspirations of consumers that our economy can hope to compete in a globalised world.

The Left’s fearful and protectionist attitude toward innovation is bad enough in a geographically fixed industry like the London transport network, where the damage done by punishing innovation and rewarding fat, slovenly protectionist rackets is limited to those who live and work in the capital. But take that same attitude – reflexively defending old ways of working, innovating, employing people and organising production – and replicate it across the globalised, interconnected industries on which so many of our good jobs depend, and you kneecap the British economy before we even begin the global race.

This reflexive instinct to automatically help the lazy, the idle, the slovenly, the ininspired, the greedy and the unexceptional is one of the worst hallmarks of the Left. Of course Labour and most of the political Left are against Uber and for the status quo of expensive, technologically backward black cabs for the few who can afford them. Just like the black cab drivers, the Left are stuck in the past, fiercely fighting a losing battle against human progress, and haven’t had a genuinely revolutionary new idea in decades.

Yes, black taxis and the British political Left are made for each other. 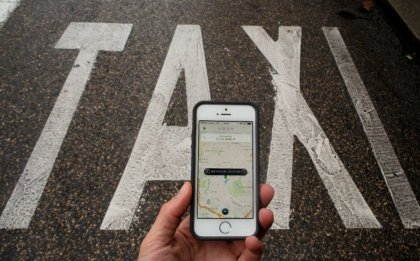