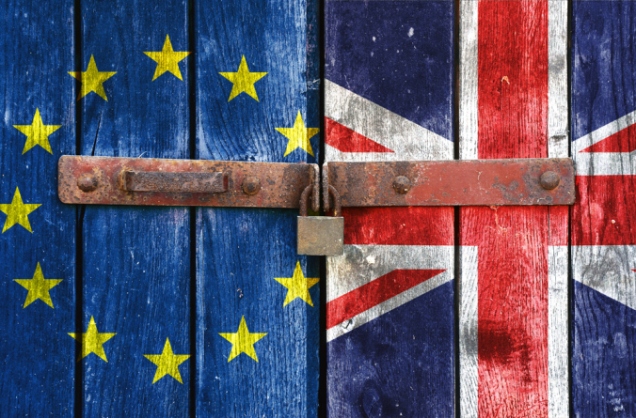 If you are one of those many people who consider themselves to be a “Eurosceptic” and lean heavily towards the “no” (for “Brexit”) vote yet still believe in the so-called re-negotiation – because “it’s worth a try”, you never know what we might get, we’re in a strong position to win back powers, et cetera – then please stop. Stop wasting time, and wake up.

If you are against our membership of the European Union on principle then the possibility of “winning” some minor cosmetic changes to our relationship should not give you cause for doubt. You need to focus on arguing for secession, now.

The renegotiation is a pretence conducted by avid europhiles with the sole intention of shutting down this debate and sealing the United Kingdom’s fate as a permanent part of the political union, destined for deeper integration. The evidence for this plain to see, and eurosceptic Conservative Party members and MPs should not allow the party leadership to get away with its insultingly transparent charade.

The image being portrayed is that of our government locked in a “renegotiation” with other EU members; with all the arguments, banging on the table and defiance that this entails. Please don’t fall for this, David Cameron is not a born again eurosceptic. None of that is happening, it is all nonsense, complete make believe; at best it is elaborate political theatre.

The recent reports that the prime minister intends to “choreograph” a big argument with France at the European Council Meeting in February attests to this. This comes from former cabinet minister Andrew Lansley, whose speech notes also encouraged other EU members to allow the prime minister “victories” to which he could point to, and inflate as evidence of “standing up for Britain”, and encourage the electorate to vote for continued membership of the EU.

Do you understand what this means? It means you are being taken for a fool. You are being toyed with, plain and simple, by our government and the whole European Union. ‘Twas ever thus. This great deception relies heavily on the naivety and dimness of the public, the subservience of Conservative MPs and the toadying compliance of Ministers. Neither they, nor we, should stand for it a moment longer.

I am increasingly convinced that the referendum will be called in 2016. The official “no” campaign is not even a campaign – there is no leadership, no organisation, no unity and seemingly no impetus at all. To argue for independence against the well-financed and highly organised machine of the British establishment, and the European Union, will take a strong, optimistic movement, and at the moment  Better Off Out – led by Rory Broomfield, who I interviewed a fortnight ago– is the only campaign that meets this criteria (to get involved sign up here).

They cannot however bear the burden alone; there are many other anti-EU campaign groups but they are not well known and don’t have sufficient resources, the “official” no campaign needs to get its act together. The government – who in reality want to stay in the EU under all circumstances – will be keen to call the referendum before the “no” campaign has momentum.

The truth is that none of things about the EU that most aggrieve the public will change; they cannot and will not be “renegotiated”. Our borders will remain open, the EU parliament and commission will be sovereign, and all English law will be ultimately decided by the European Court of Justice.

Real sceptics, especially those in the Conservative Party, have a duty of conscience and principle to point this out to the public. For if the public is conned about these simple truths, we will end up locked into this union for many decades to come. Then how will they look at themselves in the mirror?

Now is not the time for doubt or sycophancy, now is the time to hold the leadership to account for their attempts to dupe us. The government isn’t in a strong enough position to simply ignore dissenting voices in the party, David Cameron will be gone in a few short years, and this referendum is a once in a generation opportunity that must be taken. I urge europsceptic MPs to break cover and speak up.

There is no renegotiation. Even if the referendum were delayed for another five years, there would be no serious renegotiation. I expect, and hope, that increasingly more patriotic MPs from both sides of the house will place their country – and its liberty and right to self-government – over their own political ambitions, the desire to please the party leadership and over their fear of rocking the boat. This is too important, and time is running out.

Ben is the Conservative for Liberty blog editor and the editor of The Sceptic Isle.