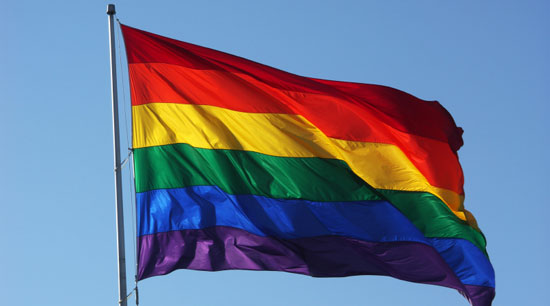 The Defense of Marriage Act (DOMA) has been struck down by the United States Supreme Court. Same-sex marriages conferred by the individual states can no longer be denied or not recognised by the federal government.

From the majority opinion, authored by Justice Anthony Kennedy:

The differentiation [between heterosexual and homosexual couples] demeans the [homosexual] couple, whose moral and sexual choices the Constitution protects, see Lawrence, 539 U. S. 558, and whose relationship the State has sought to dignify. And it humiliates tens of thousands of children now being raised by same-sex couples. The law in question makes it even more difficult for the children to understand the integrity and closeness of their own family and its concord with other families in their community and in their daily lives.

No longer will your legal married status fade and strengthen like intermittent cellphone service when you travel from one state to another.

Take the time to hug a Fox News viewer today. After the brief thrill experienced holing the Voting Rights Act beneath the waterline yesterday, today they have had to suffer the end of federal discrimination against same-sex married couples, and the onward march of immigration reform. It’s a tough day to be an intolerant, theocratical reactionary.

And, for all of its flaws and slowly turning wheel of justice, what a great thing is the United States Constitution, and a Supreme Court willing to overturn populist, discriminatory laws in favour of the universal right to life, liberty and the pursuit of happiness.

The complete ruling in the case of United States v. Windsor can be read here.