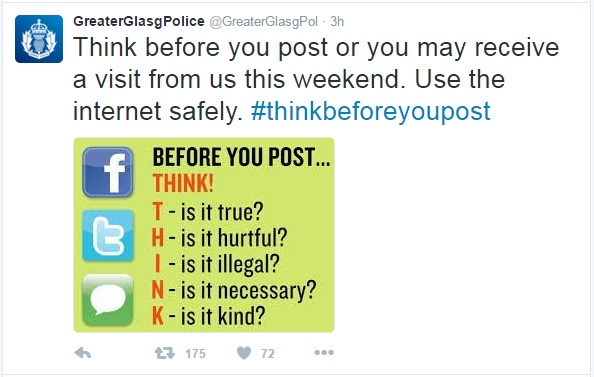 The battle for free speech is won or lost at the margins, which means that those who call themselves advocates of free speech without being able to point to a history of defending deeply offensive speech from people across the ideological and cultural spectrum can be considered fair-weather friends of free speech at best – and outright liars at worst.

And so while a universal chorus of condemnation rightly rises from every corner of Britain regarding the sickening and provocative act of burning an effigy of Grenfell Tower, impersonating the victims and mocking the tragedy – and worse still, recording the vile show and sharing it on social media – it falls to this blog to point out once again that in a society which even aspires to uphold Western liberal values, having the police regulate social conduct is just plain wrong.

First, the appalling story, as recounted in the New York Times:

It was among the worst fires in modern British history: The blaze that gutted Grenfell Tower in London last year killed more than 70 people, displaced hundreds more and marred the lives of the mostly low- and middle-income residents who lived there.

But to a group celebrating Britain’s annual Bonfire Night, it was a joke.

In a widely shared video that circulated on Monday, a group of people laughed as they burned an effigy of Grenfell Tower, which included paper cutouts of residents in the windows. “Help me! Help me!” one person mocked as flames overtook the model tower. “Jump out the window!” another shouted.

Of course this is a disgusting and rather shocking act, one which no decent human being would ever contemplate performing. Of course it is injurious to the feelings of survivors of the fire, the bereaved families of the 70+ victims and the emergency services workers who attended the unimaginable scene. The act fully deserves the condemnation it has attracted from the prime minister on downwards.

But it is disturbing to hear that following such incidents, the police – empowered by law – take it upon themselves to seek out, arrest and charge those responsible. Many reprehensible actions either do not or should not meet the threshold of criminal liability, and absent any form of direct incitement to violence there is no good justification for invoking criminal sanctions against trolls. You cannot make a society politer and more considerate by fining or locking up the rude and provocative, and if you try then you will either preside over a hugely arbitrary and unjust system or else incarcerate tens of thousands of people and attach criminal stigma to social losers.

Some make the argument that scare police resources should not be diverted from frontline public safety duties toward scouring the internet for potential sources of offense and hunting down those who hurt the feelings of others, and this is quite correct. Particularly at a time when London is suffering a “stabbing epidemic” and has by some measures surpassed New York in terms of danger, continuing to employ crack teams of deskbound constables to scour Twitter and Facebook for thoughtcrime or bully the public with veiled warning about speechcrime is a monumentally bad use of resources.

But that is not the main issue at stake. Even if London was a refulgent and harmonious city of perfect safety and benevolence with no other crimes for the Metropolitan Police to handle (thanks to the inspired leadership of Labour Mayor Sadiq Khan) it would still be wrong to hunt down, arrest, intimidate or prosecute people for simply being vile human beings who delight in causing offense.

The remedy for such behavior lies not in criminal law but in the power of society to make its universal horror at such behavior known by exposing, shunning and shaming the culprits. Social consequences are a far more suitable and proportionate response – few people would contest that those who mocked the Grenfell Tower fire deserve any consequences which flow from their notoriety, be it lost jobs, lost friendship and ruined reputations.

And yet we live in an age where society will form a Twitter mob in nanoseconds to take down perfectly well-meaning people for simply misspeaking, making an error of judgment or not being fully up to date on the latest linguistic demands of the identity politics brigade, while in cases of positive acts of universally condemnable behavior we seem content to shrug our shoulders and outsource the job to the police and the criminal justice system.

This is not right. The kind of punishment which communities can dole out to moral miscreants is flexible enough so that the punishment can be made to fit the crime, but does not tar somebody forever. Being arrested, charged, convicted of a supposed “public order offense” and given a lifetime criminal record is another matter entirely, particularly when there is no injury to persons or property.

You can tell a lot about a society by the people who languish in its prisons. In the United States, my new home, over 2.2 million people are presently incarcerated in federal, state or county prisons and jails, nearly 1 percent of the population – many for non-violent crimes, the victim of a prison industrial complex warped by the prevalence of privately owned and operated prisons. Brits are often quick to mock or denigrate the United States for this fact, and hold America up as a cautionary tale – and rightly so.

Yet in Britain we arrest, charge, caution or imprison people for making YouTube videos in poor taste, joking on social media, singing offensive football songs, preaching non-violent religion in public or criticizing another religion (though of course some religions are more equal than others). This would make us an international laughing stock and object of grave concern were it not for the fact that many other Western countries are merrily going down the same path – particularly with the rise in authoritarianism on one hand and the desperation of an intellectually bankrupt establishment to smother dissent on the other.

Apparently five people have now been arrested after surrendering themselves to police following their depraved little Bonfire Night stunt. They are doubtless all entirely reprehensible and unsympathetic characters who will now join the ranks of lowlifes, oddballs, misfits and assorted others who have found themselves bundled into the back of a police van and charged with criminal acts for having made other people feel bad or outraged.

This should not be the purpose of criminal law in a liberal democratic Western society. The police at present cannot even guarantee our physical safety or reliably bring to justice those who commit crimes against people and property. Are we now to add to their burden a responsibility to guard our ears and eyes against taking in that which we find offensive and repellent?

This is the kind of case which makes me cringe when Britain’s unenlightened attitude toward free speech comes up while comparing and contrasting different judicial approaches here in law school in the US. This is the kind of case which makes me vaguely embarrassed to be British, because when British society and communities abdicate their role in self-regulating behavior and outsource the job to the police, it tells the rest of the world that we are too hopeless, too fragile, too pathetic to withstand the slings and arrows of daily life without the state acting as auxiliary parent to us all, stepping in to fight our battles for us.

I want no part in this societal self-infantilization. It should fall to strong communities with shared values (if there are any such values left that are not being busily undermined by progressives and reactionaries) to moderate discourse where they feel necessary, not the government. We do not need the police to arrest everyone who makes us feel bad or sickens our stomachs with their trollish, attention-seeking behavior.

People who see fit to publish online a video of themselves mocking the victims of one of the worst fires in modern British history condemn themselves through their actions well enough – they don’t require any additional help from the state. 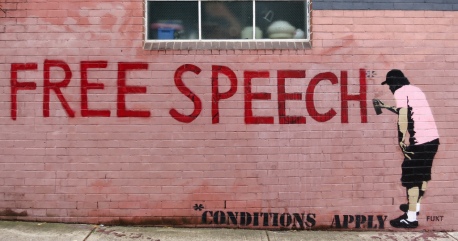 Agree with this article? Violently disagree? Leave a comment.

4 thoughts on “Mocking Grenfell Tower On Bonfire Night Is Appalling, But Should Not Be Criminal”