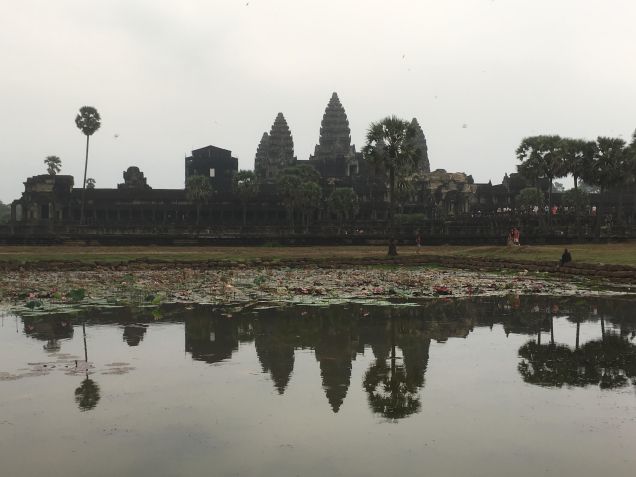 And now for something completely different

Those who watch my Twitter timeline particularly closely or otherwise follow me outside of this blog may know that I am heading to graduate school in the United States to study law this September.

Just as my initial career in management consultancy was wonderful and taught me much but ultimately was not where I wanted to make my life’s contribution, so producing this blog for the past six years has (hopefully) stretched me as a writer and thinker but ultimately proved frustrating due to the rather incestuous UK political media’s absolute refusal to acknowledge or promote the blogosphere, or nurture the kind of positive symbiotic relationship between old and new media which still characterises American political discussion at its best (even now, this blog is cited far more in US outlets like the National Review than most UK publications).

Fear not, this blog and the political writing will continue. But having read and written so much about policy and political values in recent years, I’ve reached the point where I actually want to see some of my ideas implemented – or at least to advocate for those ideas from a position where there is a fighting chance of making a tangible difference. Deeds, not words.

As I recently wrote in the personal essay component of my various law school applications:

I am proud of my part-time work as political writer and campaigner, particularly my advocacy for Britain’s secession from the European Union during the 2016 referendum, but writing and commentating from the sidelines is often frustrating. I now realise that without a legal education of my own, there will always be a constraint on my ability to fully participate and influence many of the technocratic and constitutional debates about which I care deeply.

Through my writing activities, I see that the future is being shaped by intersecting developments in trade and international law, intellectual property, privacy, civil liberties, national security and constitutional law. I know from my current activism that my future work will require a rigorous knowledge of several of these fields, and that the law, if not quite the battleground on which these issues will be fought, is certainly the language in which they will be contested. I want to have a voice in those conversations, and it is for this reason that I now seek a legal education.

My wife and I have now left London as our permanent home, and having shipped off all of our personal belongings are currently en route to the United States by way of an 11-week trip through southeast Asia. We began in Hong Kong, moved on to Chiang Mai and Bangkok, Thailand, spent an enlightening few days in Siem Reap, Cambodia and are now back in Thailand doing various beachy things before travelling to Singapore, Bali, Australia and New Zealand, arriving in Los Angeles some time in June and then road-tripping back to my wife’s native Texas.

I am currently in the process of hearing back from various law schools and while I am blessed to have already received some very appealing offers of admission we still find ourselves in the strange and rather stressful position of not yet knowing where we will be living and working come September – it could yet be on either coast of this vast country, or somewhere in between. I am also having to frantically switch my brain from work mode to study mode after a decade-long hiatus, and hoping that Study Brain successfully reboots after its extended hibernation.

All this by way of saying sorry for the lack of recent new blog pieces. We front-loaded the trip with most of our time-intensive activities (as of yesterday, for instance, I am now a PADI certified open water scuba diver) so writing time has been largely nonexistent for the past three weeks, but we are now moving into a more relaxed phase of the trip which should afford me some time to blog from various coffee shops and beaches. It’s a tough life.

The benefit of half unplugging from the daily news cycle and not feeling the need to react to every twist and turn of the Brexit negotiation, the establishment backlash against democracy or the metastasization of corrosive identity politics through our culture is the opportunity to gain clarity and perspective which is easy to miss when one is in the fray of daily political debate.

I am currently re-reading Charles Murray’s excellent 2012 book “Coming Apart: The State of White America” in the context of our present reality, which itself is perfectly captured in Amy Chua’s new book “Political Tribes: Group Instinct and the Fate of Nations”. Murray’s warning about the growing societal schism (in terms of both geography and values) goes a long way to explaining how the ruling classes – the “new upper class” in Murray’s language, the “coastal elites” in Chua’s, but both equally applicable to Britain as America – have come to hold very different values and priorities to the broad centre of the countries they lead, to the extent that there has been a near-total breakdown of mutual trust and empathy.

It has long been a theme of my writing that the fault for this schism lies first and foremost with the ruling elite – the well-educated, well-connected and well-employed – for having been content to run society exclusively in their own favour for so long, and for the stunning lack of consultation or restraint with which they pushed ahead with their policy goals. One can potentially agree with every single one of the coastal elite or pro-EU centre-left’s values and still deplore the way in which those who make policy and influence the culture have become so ignorant of the lives of their fellow citizens, and the open disdain shown by many elites for those who hold different values and aspirations. For democracy to long survive, those with power, wealth and influence have a particular responsibility to be magnanimous and empathetic to their political opponents, but instead we are currently witnessing an establishment backlash which ranges from the hysterical to the furious, by way of the conspiratorial.

I have more detailed thoughts on all of this which properly belong in a future blog post, which will hopefully also include some ideas for how these bewildered and furious elites might actually begin to regain the pulse of their own countries – if they are willing to do so. For now, however, I wanted to give this quick status update and apologise for the recent lack of blog posts. More updates (and new material) to follow soon.

4 thoughts on “Update From The Road”