According to Laurie Penny, conservatives are the true enemies of free speech and the illiberal student activists who beat them up, ‘no platform’ their speakers and disrupt their events are merely questioning the establishment

As they stagger on under the “leadership” of Theresa May, this Conservative government continues to cast about aimlessly for some kind of raison d’être, a justification for showing up for work in the morning which sounds marginally more noble than “because daytime TV sucks”.

And so it came to pass that the unremarkable minister for universities, Jo Johnson, decided to jump on the increasingly popular right-wing bandwagon of bashing identity politics, demanding that universities uphold a commitment to free speech and promise not to use no-platforming or safe spaces to suppress the exchange of ideas on pain of being fined or even deregistered as an institution by the Office for Students.

This is all incredibly boring. Jo Johnson was head of the Downing Street Policy Unit from 2013-2015 under David Cameron, right at the time when illiberal identity politics zealots were cementing their power. If Johnson had a burning desire to protect free speech, he could have persuaded Cameron to take up the cause. He did not do so. It is also curious that he now wants to become a crusader for free speech when working for an authoritarian prime minister whose every instinct points the opposite way, toward more regulation and censorship. In short, this whole thing is a PR stunt by a rudderless Tory Party chasing headlines rather than following an ideological compass.

But all this is only to be expected. More noteworthy is the response to Johnson’s posturing by identity politics priestess Laurie Penny, who took to the New Statesman to claim not just that conservatives are exaggerating the threat to free speech but that it is entirely a figment of their imagination.

Penny’s article begins dishonestly, and then gets worse:

The nonsensical consensus amongst the centre-right that today’s students are a bunch of censorious cry-babies plays well with the base, so Johnson Minor has jumped on the rickety bandwagon barreling down the road to the palace of convenient fictions, where a delicate banquet of delusion will be served to those whose cash and status protect them from ever having to hear their opinions questioned by a bunch of rowdy kids.

Conservatives seeking protection from having their opinions questioned? This is an interesting inversion. Rather than trying to minimise the issue and argue that the threat to free speech on campus has perhaps been blown out of proportion and is perhaps not as bad as portrayed, Laurie Penny insists – rather shamelessly – that the problem does not exist at all, that it is all a figment of our imagination.

Penny must be a secret neo-conservative fan girl because this is a consummate Karl Rove strategy, whereby she shamelessly accuses her opponents of the identity politics Left’s own glaring flaws. Where is the lengthy list of prominent left-wing speakers who have been banned from college campuses by conservatives? Where are the left-wing professors who fear for their job security if they question conservative ideas? Where are the left-wing students expelled or suspended from college because they made conservatives feel “unsafe” and contributed to a hostile, non-inclusive atmosphere? They don’t exist.

The problem is not that crusty old establishment figures are upset that brave, radical students are questioning their judgment. The problem is that these illiberal students do not merely question ideas, they actively suppress them on the grounds that they amount to dangerous “hate speech” with the power to wound or even kill. Yet through immense self-deception, Penny is able to cast actions which deliberately prevent speech from taking place as mere protest:

This is a non-controversy, and it’s unbelievable that otherwise intelligent commentators are taking it seriously. “No-platforming” is just another word for student protest – the practice of opposing invited speakers with bigoted views is a time-honoured one. The cooked-up row over “student censorship” is led by the sort of trembly-whiskered outrage-merchants for whom “censorship” means “making me feel bad about holding certain views”.

But protesting an idea and infringing on the rights of another person to express that idea are two very different things. One could excuse any act of violent oppression using Penny’s logic. “But lynching is just another word for protest”, said the Klansman to the sheriff as he was caught red-handed tying a noose. “I believe that black men are a menacing sexual threat to white women. Doesn’t matter if it’s true or not, I sincerely believe that it is and on that basis you have no right to stop me stringing up DeShawn over here for making my wife stare at him lustfully”.

And so it is with the SJWs. They sincerely believe that words are violence (or at least some of them do – I can’t help but think the smarter ones know full well that words are not deadly, but pretend that they are as justification for censoring unwanted ideas) and on that basis they claim the right to “protest” by shutting down the offensive speech, preventing it from taking place or exacting severe physical, financial or bureaucratic consequences for the speaker who dares to persist.

There is, I ought to say, a rhetorical difference here that causes some confusion. Today’s students are simply more likely to use the language of empathy and trauma in their politics. They’re more likely, initially, to say “this book about how women aren’t really human might make some of us feel unsafe” than they are to say “this book is bullshit”. They’re more likely to say “you’re doing harm” than they are to say “fuck you”.

This is partly because a lot of today’s young radicals come from demographics for whom it’s far more dangerous to say “fuck you”. They are young women, young queer people, young people of colour. Their way of questioning authority is simply less actively aggressive. Today’s angry young people are more likely to show you their scars than their fists. That might be passive-aggressive, but it’s not politically unsound.

This is nonsense. Today’s SJWs and Antifa (the movement’s Faith Militant) are equally happy inflicting scars as they are flaunting their own to garner sympathy. It doesn’t take long to dig up both high-profile and more obscure cases where the pseudo-victimhood of supposedly marginalised and oppressed groups morphed suddenly into violent aggression on campus.

Witness student Bonita Tindle pushing and shoving a white male student who had the temerity to wear his hair in dreadlocks. Witness the recent incident at University of California – Santa Cruz, in which protesters shut down a meeting of the College Republicans and one protester claimed that she literally felt unsafe meeting in a library which was previously used by college Republicans. Witness the aggression of Jerelyn Luther getting hysterical about Halloween costumes. Witness Black Lives Matter shutting down an ACLU free speech event at William and Mary College, holding up banners declaring that speech kills. Note, too, the rising trend of outraged leftists demanding that speakers and publishers of wrongthink retract their “harmful” ideas and articles rather than going to the effort of disproving them. The Cult of Social Justice and Identity Politics is causing many on the Left to forget how to argue at all.

Laurie Penny dismisses the current ideological focus on “harm” as a mere difference in rhetoric compared to previous generations, which is blatantly false. If you think a prominent idea is “bullshit” and evidently false then you generally relish the opportunity to publicly tear it down and discredit its proponents. But the SJWs do not do this. All too often, they don’t even attempt to engage with the substance because they claim that even hearing contrary thoughts expressed will do them physical and emotional harm.

There is hardly a shortage of literature and academic research on the rise of victimhood culture and learned fragility/unresilience. One thinks particularly of the paper “Microagression and Moral Cultures” by Bradley Campbell and Jason Manning, which discussed the difference between dignity, honour and victimhood cultures, or Jonathan Haidt’s development of these ideas.

Laurie Penny is doing a fantastic job of telling often well-meaning leftists exactly what they want to hear. She seeks to assuage any doubts that some wavering souls may feel about their movement’s snarling illiberalism by waving away any concerns as the desperate squeaking of a racist, misogynist old guard who are simply upset at the loss of their hegemony. After all, it is much easier to dismiss concern as the self-interest of oppressive powers rather than reflect on the ideological oppression they themselves are inflicting in the name of social justice.

But in telling conservatives that persistent, concrete efforts by the Left to paint their ideas as intolerably extremist and forbid their expression on campus are merely imagined, Penny is actively gaslighting. She is engaging in that coercive, manipulative behaviour more common to spousal abusers by portraying her opponents as crazy and flat-out denying observable reality in order to delegitimise conservative concerns about free speech suppression.

That Laurie Penny feels able to lie and deceive so freely in the pages of the New Statesman shows just how strong the Cult of Social Justice and Identity Politics has become. Adherents to this illiberal, censorious cult no longer fear being discredited or held to account for their lies. So complete is their control over academia and so cowed and enslaved are the media and many politicians that people like Laurie Penny can now create their own reality and demand that others accept it as real.

If a conservative were to insist that capitalism was completely flawless or deny that poverty exists, they would be laughed out of town and rightly lose all credibility. Yet Laurie Penny can use her exalted perch in the New Statesman to deny that things we can all see taking place on Western university campuses are even happening at all, yet still be taken seriously the next time she spouts off on TV.

That’s the protective power of the Cult of Social Justice and Identity Politics at work.

That’s how close conservatives and defenders of free speech are to losing this war. 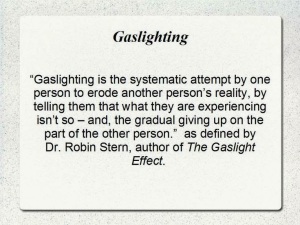