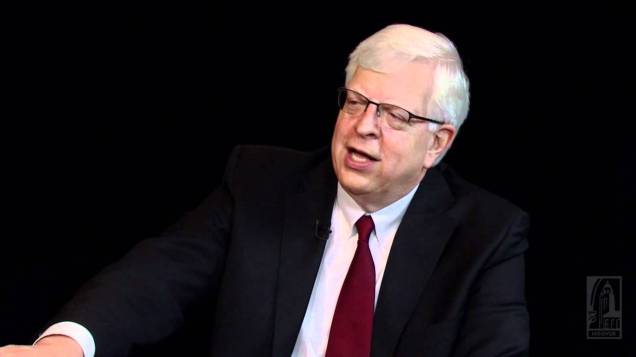 When a prominent conservative speaker cannot conduct a symphony orchestra without attracting protest from social justice warriors in the arts world, we should take note; the regressive left will not rest until they have driven all conservative thought criminals from the public square

Some background: for many years, Dennis Prager – a long time classical music aficionado – has conducted various provincial symphony orchestras in the United States, indulging his passion while raising much-needed funds for those orchestras and introducing new people to the world of classical music. As an amateur, Prager has never accepted a fee for conducting; he purely does so out of love of the music and a desire to introduce classical music to a wider audience.

These events actually look really fun – Prager participates only in the first half of the concerts, conducting a symphony and then doing a Leonard Bernstein-style “Young People’s Concert” format where he breaks down the symphony under discussion, revealing the inner workings of the music and interviewing members of the orchestra to get their insights. The second half is then conducted by the orchestra’s usual music director, a kind of 50/50 split between amateur and professional. In short, what’s not to like?

“On his radio program he often talks about the glories of music. His bumper music that introduced his program every day was a Haydn symphony in F major. He has studied this composer more deeply than anyone I have met. We classical musicians saw then in Dennis and continue to see the greatest and most vocal supporter of classical music on earth.”

Therefore this would seem like the perfect fit – a rarely heard Haydn symphony conducted by someone recognised by other musicians as an expert in the field, performed in a true world-class venue. This invitation must have been a dream come true for the amateur conductor, who called it “one of the great honors of my life”.

And that’s when the story took an ominous turn:

About a month ago, however, a few members of the orchestra, supported by some Santa Monica city officials, decided to lead a campaign to have me disinvited.

To its great credit, the board of directors of the Santa Monica Symphony Orchestra, composed of individuals of all political outlooks, has completely stood by their conductor and his invitation to me.

But the attempt to cancel me continues. It is being organized by three members of the orchestra, each of whom has refused to play that night. Readers will not be surprised to learn that two of the three organizers are college professors. Michael Chwe is a professor of political science at UCLA, and Andrew Apter is a professor of history and director of the African Studies Center at UCLA.

In an open letter to the symphony’s members, the three wrote: “A concert with Dennis Prager would normalize hatred and bigotry. . . . ”

Examples of my hatred and bigotry include my belief that in giving a child over for adoption, adoption agencies should prefer a married man and woman before singles and before same-sex couples. Another example – my favorite – is my having said that, if there is no God, ethics are subjective, will offend atheist members of the orchestra.

Music is supposed to bring people together, to bridge even bitter differences of opinion. The musicians of Daniel Barenboim’s acclaimed West-Eastern Divan Orchestra – comprised of musicians from countries not always on the best of terms, including Egypt, Jordan, Syria, Lebanon, Iran and Israel – manage to sit down next to one another and perform amazing, transcendental music together. I know – I heard them play Beethoven and Tchaikovsky with great authority at the BBC Proms in London.

And yet three American musicians, including two coddled academics from UCLA, feel unable to perform Haydn with a fellow countryman because of relatively minor political differences, primarily relating to Prager’s social conservatism. Because his presence would allegedly cause them, or various other people for whom they claim to advocate, some grave and irreparable offence.

This reflects so badly on the individuals concerned that there are almost no words to describe it. What wouldn’t the members of the West-Eastern Divan Orchestra give if the only point of issue between their respective countries, between Israel and Palestine, was a debate over adoption laws or a philosophical question about whether or not an objective ethical code can exist without God? The ancient grudges, resentments and enmities which divide the Middle East are far greater than those which divide Red and Blue America, and yet it is in the cloistered halls of American pseudo-liberalism where true intolerance can now be found.

Not to be outdone by these professors, a former mayor of Santa Monica and current councilmember, Kevin McKeown, wrote: “I personally will most certainly not be attending a concert featuring a bigoted hate-monger. The judgement (or lack of) shown in inviting Prager may affect future community support for the Symphony.”

This sounds an awful lot like a threat, and a very thinly-veiled one at that. This is worse even than the heckler’s veto, deployed with such success by Social Justice Warriors, Antifa protesters and others to shut down speech or events which they do not want to proceed for ideological reasons. Such thuggery as we have repeatedly seen on university campuses is bad enough, but now we apparently have a serving city councilmember threatening the funding or “community support” of a local symphony orchestra unless that ensemble bends to her will and disinvites a fellow musician.

I take this story quite personally because like Dennis Prager – albeit in a far, far smaller capacity – I too have attempted to support the arts by giving time and financial support to make the amazingly rewarding heritage of classical music more accessible to people who otherwise might not have had the opportunity, or even the idea, to go to an orchestral concert. The thought that one day I might be banned from doing so because of the political beliefs I hold is as unbearable as it is outrageous.

I have a passing familiarity with Mr. Prager’s biography, work and political positions, some of which I agree with and some of which I do not. But that doesn’t matter – there should be no ideological or political test when it comes to participating in the artistic life of one’s community or country.

I wrote on this same subject over three years ago, when Russian maestro and then principal conductor of the London Symphony Orchestra, Valery Gergiev, was facing calls to resign because of his pro-government stance on Ukraine. Music is one thing that we all have in common, one of the best bridge-building tools that we have. If the New York Philharmonic can go on tour to North Korea then a couple of coddled academics from California can swallow their tremulous objections and make music with Mr. Prager for sixty minutes.

I feel tremendous sympathy for Dennis Prager as he attempts to pursue his hobby and give back to society while under assault by the intolerant regressive left. But let us be under no illusion – stories like this will only become more common, not less, until the Right regroups and finally stands up to the Left’s assault on freedom of thought, expression and speech. Today it may be a high-profile talk radio host and author who finds himself being hounded out of his life’s passion by censorious opponents of his politics; tomorrow it could be any of us.

Whether you have written a blog, attended a march, donated to an election campaign, posted something political on social media or expressed yourself in a thousand other ways and mediums, we all leave a trail of evidence in our wake which can later be used to accuse you of thoughtcrime, declare that your renegade opinions represent a threat to the mental or physical safety of others, and ultimately see you excommunicated from whatever it is that you like to do the most – your dream job, your favourite hobby, your book club, your gym. Even your family.

This is where it’s going unless we begin fighting back – not just making snide jokes about SJWs and liberal tears, but actually going out and forcefully making the case for freedom of expression and diversity of political opinion. We need to win the argument or risk being silenced forever in all the ways that matter most.

For the love of music, for the protection of our freedom of expression and as a means of preventing society from fracturing any further into two Americas divided by mutual incomprehension, Mr. Prager’s Opus must be heard.

One thought on “Tales From The Safe Space, Part 54 – Mr. Prager’s Opus”