18-year-old Sam would be horrified to hear 33-year-old Sam admit it*, but Ann Widdecombe is actually right more often than she is wrong – and never more right than when she recently gave an interview to BBC Parliament and veered onto the topic of political correctness.

(* As a 19-year-old lefty student at Cambridge, full of self-righteous assurance and moral superiority, I once accosted Ann Widdecombe in the bar of the Cambridge Union after the annual “This House Has No Confidence In Her Majesty’s Government” debate and no doubt made a complete idiot of myself in the process, though for some time afterwards it pleased me to brag about having supposedly confounded Widdecombe with my impeccable logic and well-rehearsed diatribe against the Evil Tor-ees.)

Political correctness is “silencing a great body of thought”, the 69-year old says, to the point where she wonders if we can still claim to live in a free society.

She worries that almost everyone is under pressure to keep their views to themselves, not just those with strongly-held political or ethical convictions

“You actually get bright, intelligent people that could hold their own anyway, saying to you: ‘Well, of course you can’t say that these days’. And I think: ‘Yes you can’.

“This is not the Soviet Union. You should not be constrained by state orthodoxy.

“You should be able to say what you individually think and if it is unpopular, you should stand your ground.”

In such a climate, she says it is doubly important that politicians speak out.

“The ordinary citizen is much less blessed these days. I’ve always said if you hold a view what is the point of holding it if you don’t stick by it.”

Widdecombe is absolutely right to emphasise the special responsibility which falls upon those with unpopular or minority views to actually air their beliefs so that unpopular ideas can be tested and either be found wanting and discarded or be acclaimed and more widely adopted based on their merits.

I have just come back from a friend’s Christmas party in a very fashionable part of London, a lovely evening, but one in which I was (for the second time this month) presented with the situation in which a fellow party-goer and friend-of-a-friend casually disparaged Brexit and Brexiteers to my face, automatically assuming that I would agree with their stance.

As happened last time, a virtual decision tree flickered to life in my mind. Do I do what the political blogger and ardent Brexiteer in me wants most, and dramatically out myself as a Leave voter before going on to deliver some barbed and witty put-downs of smug London-dwelling Remainers? If I do so, will it escalate into an argument which might be embarrassing for the hosts? Will it embarrass my wife? Is there a genuine opportunity to change minds, or is this just an opportunity to invite social ostracisation with no realistic potential upside?

On different days and in different scenarios and moods, I opt to go down different branches of the decision tree. On this occasion, knowing my audience, I deemed that there was no realistic opportunity to change minds or even plant the seeds of doubt, and so I changed the subject and ended up having a very pleasant conversation with the chap about other matters.

It is important to note that this friend-of-a-friend is a good guy in every respect – he is just lost to reason on one particular, highly important topic. And while I may not have been afforded the same courtesy had the situation been reversed, I think it is important for Brexiteers to hold themselves to higher standards of behaviour than some Remainers seem to be displaying in their sneering contempt of those who dared to vote their principles rather than their wallets.

On other occasions, I have taken the opposite approach and confronted idiotic EU-worship and criticism of Brexit with the immediate revelation that I am a eurosceptic Brexiteer and that anybody intending to insult Brexiteers in my presence had better be packing something more powerful than smug, idiotic, failed talking points from Stronger In. The last time I took this approach, a couple of weeks ago, the person concerned physically moved her seat a couple of inches further away from me, and frosty silence reigned throughout dinner.

Aside from casual interactions with friends (who no doubt feel duty-bound not to dismiss me out of hand because of our shared history) I have had zero success talking to Remainers in social settings with any degree of success, regardless of the approach I choose. But I am increasingly coming to the opinion that on this subject, as Ann Widdecombe says, “you should be able to say what you individually think and if it is unpopular, you should stand your ground”.

Of course there will always be times when getting into a heated political debate at somebody’s wedding reception is not the right course of action. But having now witnessed how a fairly representative sample of professional young Londoners feel about Brexit and Brexiteers, I think that these people urgently need to hear dissenting voices – if not to change their minds (for such a feat seems impossible) then at least to make the point that there are intelligent young professional Londoners out there who do support Brexit and whose political philosophy consists of something more than vacuous, superficial internationalism and a readiness to believe pro-EU propaganda and apologetics.

And whether the subject is Brexit or any of the issues falling under the suffocating blanket of social justice and identity politics, now is not the time for Brexiteers, conservatives, free speech supporters or other modern day heretics to stay hidden in the closet. Not with so much at stake.

Some of the most illiberal movements in society right now – the establishment’s rearguard fight against Brexit, the trampling of free speech under the jackboots of the Cult of Social Justice and Identity Politics – are fuelled by ignorance of and antipathy toward those who dissent from the leftist orthodoxy. Those dissenters such as myself, living deep behind enemy lines in places like central London, almost have a duty to show that Brexiteers, anti-SJWs and other latter-day thought criminals are more than the two-dimensional caricatures painted by screeching left-wing propaganda outlets like the Guardian and Independent.

95 percent of the time, this may be a lost cause. But once in awhile it may lead to a conversation, and even to a changed mind. Was swallowing my tongue and changing the subject in the face of lazy Brexit criticism the right decision this evening, given that the payoff for me was an hour of pleasant small talk and the knowledge that I helped perpetuate ignorance on such an important subject? Probably not.

Next time I am confronted with the Brexit/Social Justice-in-a-social-situation decision tree, I shall hold my ground unapologetically. Henceforth, the price of airily expressing half-baked political opinions in my presence, in the arrogant expectation that everyone present will concur, will be a thundering response from me which might make even Ann Widdecombe proud. Not only when I am feeling particularly up for a debate, but every single time, even when I would rather have a quiet, conflict-free evening.

That much is the least that I can do – that we all should be doing – for the causes in which we believe. 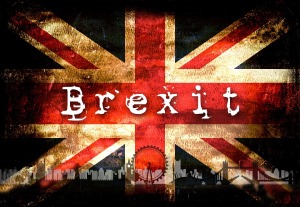 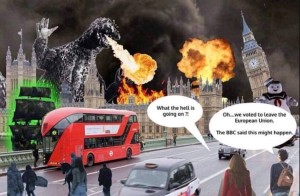