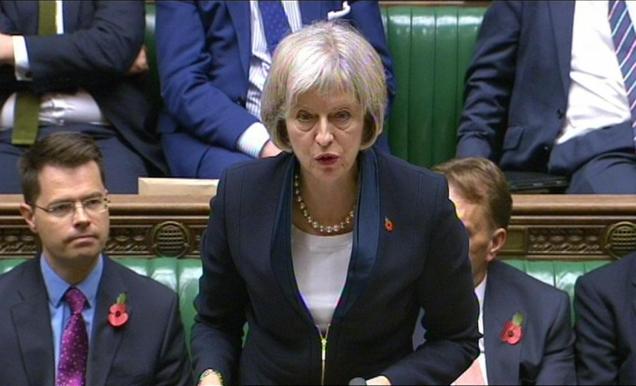 Perhaps most unsettling is the potential harm caused by intruding on the lives of innocent people. Whatever the rationale, mass surveillance practices imperil our rights to privacy and freedom of expression. The UK’s Independent Reviewer of Terrorism Legislation himself warned that taking missteps could sow divisions in society and incubate the problem of ‘home-grown’ terrorists.

Why? Because extremists thrive on exploiting disenfranchisement and grievance. We are told so by former members of Islamist extremist groups. Taking blanket surveillance even further than it already goes is a calculated risk at best, and right now, the sums aren’t adding up.

Already, people languish in British prisons not for committing or inciting terrorist acts, but merely accessing articles and propaganda which praises terrorist acts, or expressing support for them on social media. Such actions may be reprehensible, but bringing the full weight of criminal law crashing down on people with odious foreign policy views and sharp tongues on social media is punishing thought, not words, and is incompatible with a free society.

Furthermore, locking up people like Runa Khan – imprisoned for “disseminating terrorist material”, which basically meant sharing pro-ISIS propaganda articles on Facebook – does nothing to confront and kill the noxious ideas in question, but rather elevates them to an unearned position of nobility, and makes a martyr of their speaker.

As Mick Hume argues in his book “Trigger Warning: Is The Fear Of Being Offensive Killing Free Speech?”:

If she had dressed her young children in suicide vests and sent them out to die in a bomb attack, that would be terrorism. But going online to argue that Muslim mothers should try to raise their sons to grow up as jihadis is something else entirely, more like perverse parenting advice than a military command. Words are not physical weapons and viewpoints are not violence, however ‘radical and extreme’ they might appear to most of us. The opinions expressed by the likes of Runa Khan need to be openly challenged. Trying to bury them instead in prison, on the ground that they are too dangerous to be let loose on Facebook, can only lend their radical message more credence.

At a time when almost all the serious business of governing has ground to a halt for the duration of the EU referendum campaign, mass surveillance is the one area where David Cameron’s ideologically rootless, authoritarian government seems determined to make progress. All other reforms and legislative activity have effectively been placed on hold, yet this most un-conservative government is formalising and expanding the powers of the state to indiscriminately collect and hold data on the private activity of citizens, with the kind of weak and unenforceable safeguards that you would expect from a country with no written constitution.

Why? Because while everything else is allowed to drift as David Cameron seeks to bully and scare the British people into fearfully voting to remain in the European Union, expanding the power and influence of the state over our lives knows no rest.

Those on the Left who oppose this are right to do so – not in pursuit of a political victory over the Evil Tories, but because the Investigatory Powers Bill is bad law and bad policy. And because it will be the poorest, most disadvantaged and least well-connected citizens who first fall prey to the surveillance state, as it always is.