Whether you are staunchly pro-EU or eager for Brexit, the prime minister is playing the British people for fools with his manufactured last-minute crunch talks with Donald Tusk. Do we really want to reward this kind of behaviour from our politicians?

If the conventional media narrative is to be believed (and it isn’t), David Cameron has secured a “major breakthrough” in his talks with EU leaders on our suddenly-central concern about migrants claiming benefits.

Of course, this “win” consists solely of a so-called “emergency brake” on immigration which could only be applied with the consent of other EU members. And migrants coming to Britain to supposedly claim benefits is so far down the list of things which are egregiously offensive and wrong with the European Union that the whole pantomime is laughable. But this is all that David Cameron has, and much of the media is gamely writing it up as a meaningful event.

[European Council President] Mr Tusk had been due to publish his final offer to the UK today, but has now agreed to hold another 24 hours of talks after Mr Cameron told him that the deal on the table was “not good enough”. The Prime Minister warned Mr Tusk that Britain could vote to leave the EU unless Brussels does more to ensure that the number of foreigners coming to the UK is reduced.

[..] Last week the EU offered Mr Cameron a watered-down version of the “emergency brake” that would allow him to temporarily limit access to benefits – but only if Brussels agrees that UK public services are being strained. It was described by Eurosceptic Tories as a “bad joke” and “an insult to Britain”.

Of course, this is being breathlessly talked up by Downing Street:

“It is very significant that they have conceded this,” a Downing Street source said. “They are saying that in the current circumstances, levels of migration into the UK meets the requirement for an emergency brake. It shows that this is not a theoretical brake and that it is something that will definitely happen.”

So because Donald Tusk has generously granted that the “emergency brake” may come into force straight away, we are supposed to gratefully take our crumbs from the table and forget about the fact that as with every other area that David Cameron once airily promised to reassert British sovereignty, the critical decision ultimately rests with Brussels.

What a transparently false and cosmetic exercise this all is. If Donald Tusk was prepared to release his “final offer” to the UK today and is now only delaying publication until tomorrow, no significant changes can possibly be made in that short span of time.

David Cameron may have huffed and puffed and made a great show of telling journalists that the current deal is not “good enough”, but he will secure no more from Donald Tusk. 24 hours is insufficient time for Tusk to hammer out a new deal and get sign-off from the twenty-seven other EU member states, so if anything radically different does appear tomorrow it will have been pre-agreed by the other twenty-seven and almost certainly shared with Cameron too as part of a cosmetic, scripted act of political theatre.

At this stage in the game, Donald Tusk knows what the other EU leaders are willing to concede and David Cameron knows exactly how much he can demand if he wants an agreement to be signed off in order to ram the referendum through by June (and this still seems very improbable to me). The only ones in the dark are the British public, who were never meaningfully consulted before the prime minister jetted off to air our concerns to Brussels – concerns which he never took the time to consult over or understand before embarking on his mission.

As I and many other Brexit bloggers have pointed out for some time, there is no “renegotiation” taking place, nor has there been. But if we must persist in talking in terms of a renegotiation then we should recognise that David Cameron is sitting at the same end of the bargaining table as the other EU leaders, sharing as they do a common goal of keeping Britain within the political union. We, the British people, are at the other end of the table, on our own. Nobody is arguing our case. Meanwhile, our prime minister colludes with his European colleagues to determine precisely how little they can get away with offering while still buying our acquiescence.

Of course, all of this is quite immaterial, depressing though it may be. For there is no change or concession possible which will change the European Union from being an explicitly political, tightening union whose every act and function serves to drain sovereignty and autonomy from its constituent member states and pool it in Brussels, where it can be wielded by politicians who make the Westminster political establishment look like the model of transparency and accountability.

On this point at least, Daniel Hannan is absolutely right when he writes in CapX:

Either way, the ‘row’ between David Cameron and Donald Tusk, which journalists are reporting so breathlessly, is non-existent. There is nothing to have a row about. Either Westminster is still in charge of welfare policy, in which case the PM doesn’t need anyone’s permission to change the rules; or Brussels is, in which case any alteration requires a treaty change which, as all sides now accept, won’t happen for many years.

I realise that reporters have to write something. I’m sure someone somewhere will have been interested to read that the Downing Street menu involved apple and pear crumble. But, please, guys: the whole thing is such an utter, obvious, confection. You can be pro-EU or anti-EU. There are sincere arguments both ways. But let’s not pretend that anything is changing.

But while the back-and-forth with Donald Tusk and the eventual reveal of whatever package they have already cooked up is hardly news, it is still worth reminding ourselves of the lengths to which the British prime minister will go in order to trick the British people into believing that he has radically changed the terms of our EU membership.

And it should rightly make one wonder: if David Cameron can be so manipulative when it comes to the European Union, how can we trust him on any other matter? 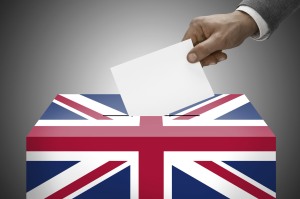