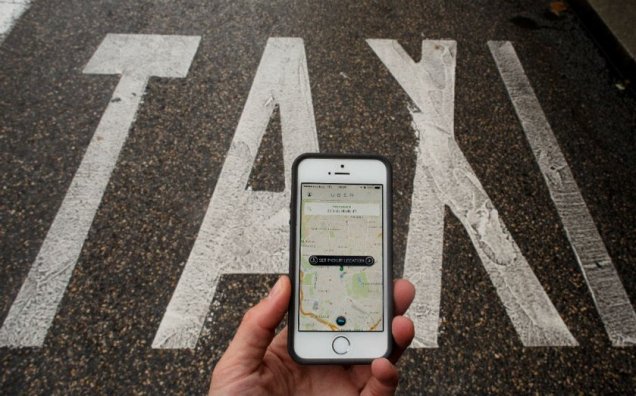 Uber represents everything good about capitalism, disruptive innovation at its most useful. Any politician who wants to make it harder or impossible for Uber to operate is directly working against the interests of the people

If a group of heavies from, say, the Unite union had broken into Parliament during the recent debate on the Trade Union Act, disrupted the House of Commons, forced an end to the session and knocked a security guard unconscious in the process, what do you think David Cameron’s Conservative government would be doing right now?

Exactly. Those involved would be receiving the same full measure of British justice as was dealt out to the London rioters back in 2011 and looking at some hard jail time, while the unions they represented would be positively begging for measures as mild as those currently proposed by the government. The Conservatives would be at total war with the unions, and Labour’s hyperbolic claims about the Evil Tories wanting to roll back two hundred years of industrial relations regulation might actually start to seem plausible.

All of which makes it surprising that when exactly the same thing happened at London’s City Hall earlier this month – when members of that famous cartel, London’s black cab drivers, burst into the chamber and brought an abrupt end to Mayor’s Question Time – there were absolutely no negative consequences whatsoever.

CityAM reported at the time:

Mayor’s Question Time was shut down after police were called to City Hall today, after a security guard was apparently knocked out in scuffle outside the building.

Black cab drivers were demonstrating outside (and inside) the Southbank venue over ongoing criticism of Transport for London’s handling of regulation for private hire car companies, in particular Uber.

They waved banners calling for Johnson to “stand firm” against “Uber’s lobbyists”, with suggestions that the ride-sharing taxi app puts public safety at risk.

Ah yes, appeals for politicians to consider public safety – the last refuge of the desperate, antiquated monopolist fighting a lost cause as they slide into irrelevance. Won’t somebody please think of the children, too, while we’re at it?

But guess what? Physical intimidation and deeply entrenched special interests usually work together to produce the desired result, and right on cue, Transport for London is announcing a crackdown on the people whose ingenuity and flexibility are making it easier and cheaper for Londoners to get around town:

Uber and other taxi-hailing apps face a crackdown in London under proposals to tighten regulation of private hire vehicles.

Transport for London has announced plans for a second consultation in its efforts to tackle a rise in the number of minicabs.

They include a proposal that private hire vehicles will have to wait five minutes before picking up a customer — an attempt to prevent the instantaneous booking of vehicles through apps such as Uber and Hailo.

London mayor Boris Johnson has said he wants to reduce the number of minicabs — there has been nearly a 20 per cent increase in the past year to more than 78,000. Within London’s congestion charge zone, the rise has been particularly steep: from fewer than 500 private hire vehicles a day in 2012 to up to 13,000 now.

Let’s be clear: for the first time since the internal combustion engine made the horse-drawn hackney carriage obsolete, there has been a revolution in the taxi industry. The internet and mobile phones have made it easier for consumers to hire the vehicle of their choosing from they location they prefer, while satellite navigation technology means that drivers no longer need to memorise an encyclopaedic knowledge of the city streets in order to provide fast, professional service.

And right at this juncture – right when the price of minicab journeys is falling, making them a faster and financially viable option for those on lower incomes – along come these twenty-first century Luddites and their politician cheerleaders, threatening to bring the whole endeavour screeching to a halt.

But what exactly is so worth protecting about London’s black cab industry? Nothing more than the privilege of being ferried around in a glossy black box, anachronistically shaped so that gentlemen have room to wear their top hats when seated, while an abnormally verbose and opinionated bald man weaves a meandering and unnecessarily pricey route to your destination based on his hazy recollection of the 1974 London A-Z.

The other day my wife took a black cab home to West Hampstead from a conference in the Docklands, and it cost £75. Seventy-five pounds. You can get to Paris and back on the Eurostar for less money. So again: why wage war on the people who are putting an end to rip-offs and outrages like this? Why punish the people who tirelessly find ways of leveraging technology to offer a better service at a fairer price?

Restrict the number of minicabs to 78,000? Why not trust the people to choose the type of taxi service they prefer, and let supply and demand determine the number of minicabs on the streets? And at the very least, let’s not pretend that we are waging war on Uber out of any hand-wringing concerns for the environment or public safety. That’s just laughable.

Sometimes, it’s hard to judge politicians fairly. Are they doing the right thing or not? Are they motivated by self interest or the greater good? Do their policies flow from a coherent ideology and worldview, or are they a mishmash of opportunistic positions taken for short term tactical gain? Politicians – like the rest of us – are only human, and they are likely to fall somewhere in the middle of the spectrum, sometimes behaving out of principle, sometimes out of pragmatism and sometimes out of pure self interest.

But on this question, there’s no ambiguity, no room for “maybe, but on the other hand”. Are you pro-consumer, for free markets and low regulation, or do you take the side of entrenched special interests, their closed industries, high barriers to entry and ancient cartels? Pick a side, and then defend your position in the white heat of public debate – and a London mayoral election.

Right now, too many in the Conservative Party – the supposed bastion of free market thinking – are equivocating, or shamefully coming down on the wrong side of the argument altogether. Boris Johnson doesn’t even have to face re-election as Mayor of London, and even he still finds himself doing the black cab drivers’ bidding, shouting and swearing his feeble acquiescence.

And for that sin, any politician from any party guilty of kowtowing to noisy special interests over the interests of hard working Londoners deserves to be named, shamed and made to feel the voters’ wrath at the ballot box. 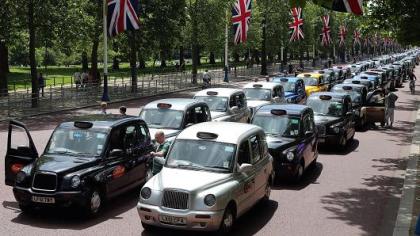