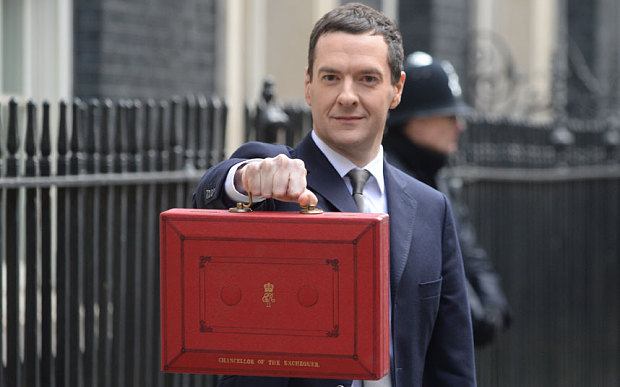 This well-written piece from The Freedom Association is worth reading, warning the Chancellor of the Exchequer to avoid raising taxes on beer in his upcoming budget announcement.

As an avid beer drinker myself, I can argue from a position of self-interest alone that it would be bad to raise the level of tax on a pint of beer.

But let’s forget about that particular issue for a moment, and concentrate instead on the ludicrous yearly spectacle of the Chancellor of the Exchequer standing at the despatch box in the House of Commons, and reeling off a list of everyday products that he intends to extract more tax from in the coming year.

Could there be a greater example of heavy-handed, over-centralised, petty, British authoritarianism than this?

Why should the central government, in addition to raiding our personal incomes and (if we are so fortunate as to have them) corporate profits or capital gains, also be allowed to decide that it wants a slice of the pie every time we buy a pint at the local pub, or a pack of cigarettes, or a bottle of wine to drink at dinner?

Is the punishingly high rate of VAT (currently 20%) paid on most goods insufficient? Are the higher (40%) and top (50%) rates of income tax not enough, or the additional national insurance “contributions” that we all make (an additional tax in all but name, meaning that the highest marginal rate of income tax is now well over 50% – why bother to work at all when the government snatches more than half of every pound you make before it even hits your bank account?)

Since the Second World War, and for some time before, government in Britain – and the raising and spending of government funds – have been far too centralised. Wouldn’t it be a wonderful thing if taxes were simplified in this country, so that there was one deduction for income tax, one for VAT, one for capital gains, one for corporation tax and nothing else to worry about? Forget “national insurance” and sneaky tax increases on a pint of cider here, or a pack of cigarettes there, or doubling the tax we pay for the privilege of passing through any of Britain’s dilapidated airports (air passenger duty), or any other thing that the Chancellor thinks he can extract revenue from?

If that’s an impossible pipe dream, how about restoring some semblance of a link between the stealth taxes that are raised and what that money is spent on, so that I can be reasonably sure that the ridiculous amount of tax I pay when I fly from Heathrow Airport actually goes to make air travel or general transport better in this country, rather than being added to some massive central pot and disbursed to fund a score of other schemes that I probably either object to, or don’t benefit from?

And since no government will ever do this in the foreseeable future, can we at least implement Ben Gummer MP’s idea to give each taxpayer a yearly statement, personalised for their salary and annual tax contributions, showing where their contributions are going.

And when, for example,  people buy petrol at the pump (or rather, go inside the shop to pay, because this is Britain and paying at the pump is still proving too great a technical feat for us to master in 2012), it would be nice if the receipts would show the original price charged by the company, and then the price payable by the consumer once the onerously high rate of fuel duty is added on.

Government should be transparent, open and accountable, and I for one would like to see where my money is going.